What have our busy 26ers been up to? This month they speak of bad dollars, electric shadows, the world of tomorrow, cool women with sewing machines and a letter to cancer

Rishi’s short story
I’ve been dabbling a bit in some fiction. Tricky business, if you ask me. Anyhoos, I have managed to persuade someone to publish a short story of mine, at Bad Dollar. It’s about a Craigslist deal that doesn’t quite work out the way the buyer had intended. And best of all, it costs only one whole English pound. You can get it for Kindle here, and other formats coming soon. Rishi Dastidar

Yarida – a new kind of magazine
We are launching an online magazine with a difference. It’s called Yarida. Readers can compile their own magazine according to their interests. You, the writer, will be able to submit articles in your own inimitable style, to be presented with a biography, photograph and links to other work, and you will be paid each time your article is sold to the reader. Our aim is to make the writer the heart and soul of our venture. Your responses to this brief survey will help us do just that. Gordon Kerr 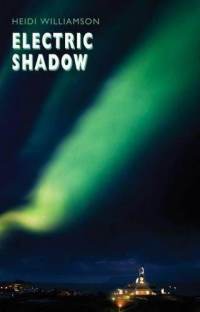 Heidi’s debut poetry collection
‘Electric Shadow’ by Heidi Williamson (Bloodaxe Books, 2011) was recently shortlisted for the Seamus Heaney Centre Prize for Poetry for a first full collection. Heidi is giving a couple of practical writing workshops in Norwich over the next few months, including ‘Towards a Pamphlet or Collection’ on 18 August, and ‘Becoming a Writer-in-Residence’ on 1 September. Visit www.heidiwilliamsonpoet.com to book for these. On 27 October she is at the Poetry School in London, leading a workshop on ‘Life, the Universe and Poetry’, using inspirational scientific ideas, images, and poems, to create new work. Please book through The Poetry School.

A small but mighty e-book
Carole Seawert has just launched a mini e-book called 101 Top Copywriting Tips. It’s aimed at people who want to raise the impact of their marketing communications but don’t have time to sit down and read a whole book about copywriting. Her mini e-book provides 101 bite-sized nuggets of knowledge that are easy to nibble on and digest. You can find it on the Kindle store for £1.99.

The Malcolm Garrett Collection
I recently had an exhibition in Manchester of some of the books and memorabilia I shall be donating to the Manchester Metropolitan University Library Special Collections department. This will form the basis of a Malcolm Garrett Collection at the library, which will also be research material for a PhD Studentship the University is introducing. The show was called ‘The World of Tomorrow’ and comprised books and other materials collected over the last 30 years that relate to visions of the future in both fact and fiction, with a special interest in TV and film culture of the 60s and early 70s. It includes a large collection of ephemera from the 1939 New York World’s Fair. Malcolm Garrett 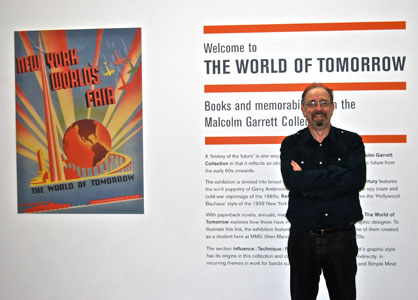 Cool Women With Sewing Machines
I decided to complement my writing life with a photographic storytelling project. It is about the important place the sewing machine still has in the lives of many modern women. While other machines and gadgets, such as phones and laptops, come, break and go, many women have owned and used the same sewing machine for years, decades. I’m collecting images of women with their sewing machines for an online gallery. Please email me if you would like to be featured. Maddie York

Dear It
I’d like to share a letter I wrote for a friend called Matt Judge who put together a book called ‘3’ (which is actually three books bound together as one). The book is about cancer and design – an awkward mix, but somehow it works. His father died of cancer not so long ago, so he dedicated the book to his parents. Although I wrote three pieces that ended up in the final book, I’m only sharing one. It’s a letter to cancer and it opened the book. Read it here. Matt also asked me to perform a reading of the letter at the book launch at Wolf Olins, with his mother in the room. She’s quite a woman. It was an honour. Peter Kirby