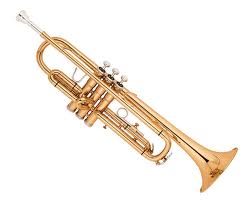 Mike Reed tells us what he’s been up to recently.

First, I did my first job for Tom Aikens, celebrity chef and restauranteur. I’ve just written an e-newsletter for Tom’s Kitchen, his brasserie-style restaurants in Chelsea and at Somerset House. That was a bit of a test, and it went brilliantly, so I’m now talking to the team about a new website and other things — especially around the January re-opening of the flagship, Michelin-star Tom Aikens restaurant.

Shortly after that I was asked to get involved on a lovely project with international design guru Tyler Brûlé (of Wallpaper* and Monocle fame) and his team at Winkreative. I’m not allowed to say what it is, but it’s a fascinating branding, naming and identity project, which kicks off properly in the new year.

Catch ‘The Lamp’ Linda Cracknell’s Radio Four afternoon play on the final day of its Podcast TODAY ). Recorded on location at Scotland’s first free public lending library opened in 1680, it concerns an unlikely friendship between a visiting Kenyan librarian and a widow new to reading.

Tim Rich has had his new piece on Random Spectacular and Spitalfields Life included as an article. Any day now, the first edition of Random Spectacular will be flying through the postal system to homes around the country. Designed and published by St Jude’s, this occasional journal promises an exploration of the visual arts, literature, nature, travel and much more. A sneak preview here suggests there’s a visual treat on every spread. Typophiles should find much to savour. I’m also looking forward to immersing myself in the words when my copies arrive. All profits from sales will be donated to Maggie’s Centres.You can see the piece here.