There are no grown-ups

Tired of grasping a decade’s point, until she’s squandered it, Druckerman writes, “This time, I’m determined to figure out a decade when I’m still in it.” Her latest book, There Are No Grown-Ups, looks at how being in her forties signifies a whole lot more than being matter-of-fact about chin hair and arm cellulite. 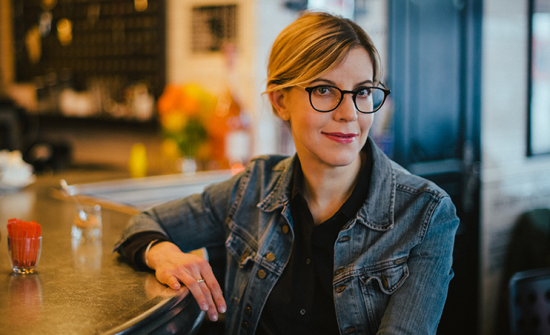 Can you tell us when and how you first got the idea for this book?

When I entered my forties, people started treating me like a grown-up, and expecting me to act like one. I felt like an imposter at first, but I gradually had to admit that I did feel different, and in some ways better. Sure, saleswomen would steer me to the anti-aging cream. But I finally had some expertise, and even wisdom. And I could spot narcissists before they ruined my life.

I set out to write a book that explains this in-between age, that no one could really define for me. What is modern midlife? What do we know once we reach it? What makes someone a “grown-up” anyway?

Might there be a sequel on the fifties and sixties?

I’ve spent most of my forties trying to explain what the forties are like. I’d like to lead a slightly less examined life for a while. Though I am taking notes. Older readers have written to say, “Just wait. You haven’t seen anything yet.”

That was my husband’s fortieth birthday present. For his fiftieth, he’s getting a watch.

In your bestselling book Bringing up Bébé, and your latest book There Are No Grown-Ups, you give readers helpful tips based on how the French tackle parenting and ageing. What is it about the French that makes them get it so right?

For all their flaws, the French – very generally speaking – have a knack for daily life. We Americans are always looking for the next big thing, which can lead us to discard some simple truths. Whereas when the French find something that works, they tend to stick with it. They can be maddeningly slow to embrace new ideas, but in some cases their conservatism has a point.

And French “life hacks” often seem familiar, but with a twist. As an American, I aspired to look as young as possible for as long as possible. French women don’t mind looking young, of course. But many told me that a more realistic goal is to look like the best version of the age that you are.

Your book is part hysterical memoir, part wise how-to guide, how did you balance the two? Any tips for other writers hoping to do the same?

The hardest part was figuring out how to combine those two elements – personal stories and research. I’d gathered a whole bookcase full of academic studies on midlife and wisdom, and I did lots of interviews. But I didn’t want the book to get bogged down in research. I was aiming for it to be funny and suspenseful, with a clear beginning, middle and end.

I made many, many outlines. In the end, I told my own story in more-or-less chronological order, lightly weaving in the science and interviews. Toward the end, one editor advised me to take out even more of the clunky, scientific bits. She called this “removing the scaffolding.”

In your ‘how to dress’ chapter (Very helpful. Thank you) blazers and navy blue get the thumbs up, while purple is a big no-no. What is it about purple that is so ageing? And does that go for amethyst too?

I was referencing the Jenny Joseph poem, “Warning,” in which the protagonist (who’s a lot older than 40) says that once she’s old, she’ll binge on sausages, spit, plop down anywhere when she’s tired and, famously, wear purple.

This might be liberating, but it hardly sounds like something to look forward to. It’s as if the world has decided you’re irrelevant, so you thumb your nose and just wear purple. It’s not about the color, per se.

What is your favourite part of the writing process?

It’s very hard to get the first draft down; I often bribe myself with cookies. But once that pain is finally over, I quite enjoy rewriting and editing, and seeing the work take shape. I’ll often do 20 or more drafts. Each one feels like it’s a bit closer.

Please tell us why Paris’ Metro line 8 is one of your favourite places to brainstorm.

I find it energizing to be around other people when I work. Also, I like to multitask. On the Métro, I’m thinking, but I’m also going somewhere.

Which authors inspire you?

For comedy I love Nora Ephron, Maria Semple and David Sedaris. But I’m inspired by sociologists and historians too.

What are you reading right now?

I’m reading a fascinating political biography of Emmanuel Macron, by Sophie Pedder.  It recounts events of the last few years that I lived through in France, but that I didn’t entirely grasp as they were happening. I’m also working my way through a compilation of interviews with writers that ran in The Paris Review.

You devote a chapter to the French women’s ideal of being a femme libre. “It’s not a bad thing to aim for, even if you’re not French.” How would you define a femme libre in a sentence or two? (if readers want more, they can buy your fabulous book).

A femme libre – a free woman – is the French ideal of what a woman becomes as she gets older. She can make unpopular choices and think for herself, but she doesn’t abandon all the social codes or let herself go. The freedom of a femme libre is mostly on the inside. She knows her own mind with great precision, and she has cleverly organized her life to match her desires.

There are no grown-ups is available to buy now.