We’re thrilled to say that Vesna Goldsworthy will be one of our Wordstock speakers on 15 October. Or we should say Professor Vesna Goldsworthy, Academic Director, Creative Writing, at the University of East Anglia – where Ian McEwan was the first graduate with a Creative Writing MA four decades ago. It’s a course that’s recognised as the world leader.

But Vesna is trebly interesting to our 26 members. English is actually her third language, as she was born in Yugoslavia in Belgrade. But since arriving in the UK she has written in English in a style that native English writers envy – as you’ll know if you’ve read Chernobyl Strawberries or Gorsky.

Gorsky is a book we particularly love. It takes its inspiration from F. Scott Fitzgerald’s The Great Gatsby but Vesna sets her novel in contemporary London, with Gorsky, a Russian oligarch with a shady background, and an ill-fated romance at the centre. Gorsky, published in 2015, is now an international bestseller, the BBC’s Book at Bedtime, Waterstones Paperback of the Year and a New York Times Editor’s Choice. It was also longlisted for the Bailey’s Women’s Fiction Prize. 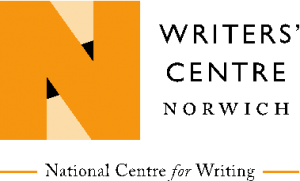 26’s thanks also go to Chris Gribble and Writers’ Centre Norwich for their support with Wordstock. 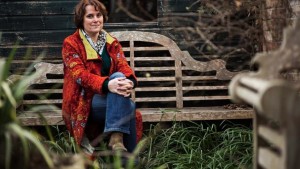 We caught up with Vesna to ask a few questions and whet all of our appetites.

Which is more important to you: being a writer or a teacher of writing?

I don’t think I could live without writing. I could certainly live without teaching, but my life would be much less rich. It’s a different kind of creative energy: the more of it you give, the more you seem to have yourself.

What first made you want to write?

I really don’t remember. I learned to write before I was three – it’s much easier in my mother tongue, with its phonetic alphabet. I am told that I started composing poems and stories even earlier. I sound like a boring child, don’t I? But I am not a prolific writer. I have been in fulltime employment since my early twenties, I read a lot, I travel, I have a family, and lots of friends. All of that tends to keep me away from my desk when I am not working, so I write only when not writing becomes unbearable. That happens regularly enough.

In which language did you first write?

In Serbian. Or Serbo-Croatian, as it was then called. I had quite a lot of poetry published in my early twenties, and was a keen performer of my own poetry. I once read at a football stadium in front of thirty thousand people – such were the heady delights offered by the socialist cultural regime! It took a decade of living in Britain to start writing in English, at first just plain, academic articles, and another decade before I could contemplate poetry or prose. But I believe – know – that we are subtly different people in different languages, so that process was like discovering a completely new writer in myself.

What were your emotions when the idea of Gorsky came to you?

I first had the idea of Gorsky some ten years ago. I was going to an event at the Serbian embassy in Belgravia, and I stumbled upon the most surreal scene several doors down – a lavish party with an eighteenth century theme. The doormen were dressed like extras in a film about Marie Antoinette, with huge powdered wigs, and they spoke reasonably posh English; the guests stepping out of luxury limousines were all Russian. I slowed down and listened to snippets of conversations. This is just like The Great Gatsby, I thought. The idea seemed so good that I was convinced that someone else must be writing that novel already. I did not for a moment think that I would be that person.

What do you consider your most successful piece of writing?

I have written four books, each in a different genre, and each seems to have been successful in its field. My first, Inventing Ruritania, was an academic work, yet it was widely reviewed and is still a set text at universities. The poetry, The Angel of Salonika, won the Crashaw Prize and was the Times Poetry Book of the Year. My memoir, Chernobyl Strawberries, was serialised in the Times and also on Radio Four, as was the novel, Gorsky. Both were bestsellers with translations all over the place. So, I take risks, and I always think that my last book was a surprise success and that my next one is a certain flop. But I don’t lose sleep over it. The worst day of writing is, for me, still better than the best day in any other job I can think of.