This month, Suzanne Joinson talks betrayal, hoarding, and a very detailed writing process. She also shares the research and inspiration behind her books, including her most recent novel, The Photographer’s Wife. 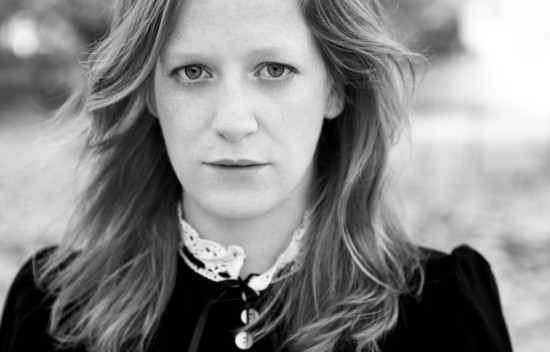 How would you describe what you do in 26 words?

In your more recent book The Photographer’s Wife, the central character Prue recalls that an elderly man once told her, “One should never tell anyone anything, or give information, or pass on stories. Telling is a gift and a gift leads to betrayal.” Betrayal plays a big role in The Photographer’s Wife. Was that always going to be a central theme or did that theme evolve as you got writing?

It came from something I read in a Javier Marias book about writing being betrayal. It really resonated. I realised that every stroke of the pen or tap of the keyboard is a betrayal in some way. You offer up secrets from inside your life or head, or you expose other people’s secrets. Fiction and novels are stories, and stories are lies or truths. Either way, by telling them there’s intrinsically a betrayal along the way, as the above quote indicates. I’m interested in how people navigate this sense of betrayal, find ways through it and beyond it. I am also interested in how writers such as Graham Greene or Muriel Spark explore the relationship between personal betrayal and a wider societal version, and all the tensions that come from that.

The book’s setting and era – Palestine between the two world wars – how did you decide on that distinct period and place, and how easy was it to do research for your novel?

I had been travelling in the Middle East for ten years in a previous job (working in the literature department of the British Council) and I was constantly drawn to the British Mandate period and Jersualem, despite them being heavy topics. Morally ambiguous and little-known or mentioned in British and even global history, really. I was lucky enough to be awarded some grants, I spent research time there, I interviewed people, snaffled about in archives. All in all a few years’ worth of work. I was fortunate to meet people with long memories who generously shared their lives with me.

I was a writer in residence at Shoreham Airport near where I live in Sussex and there in the archives I found information about young British pilots who trained in Sussex and were sent to Palestine, so I was drawn to the links between my home landscape and a wider one which still resonates today.

Your earlier novel A Lady Cyclist’s Guide to Kashgar takes place in central Asia in 1924 (as well as modern day England). How did you settle on that distant spot of the globe, a 28-hour flight from London? How easy was doing the research for your story?

Lady Cyclist came from a time in my life when I was struggling to reconcile all of the travel I was doing with the need for a home, or to stay still for a while. That book is about the tension that comes with the compulsion to run and the desire to stop moving. I settled on Kashgar because I became obsessed with women missionaries who went to China and lived quite revolutionary lives under the guise of self-deprivation and selfless giving. They lived in all-women houses without the usual societal confines and, after world war one, outside the ‘protection’ of European males and yet were not fully accepted by the Chinese (understandably) and so they existed in a unique hinterland.

I found rich materials in SOAS and the British Library relating to female narratives of that time and era, and at first I planned to do a PhD in women’s travel writing. But as I worked on it I realised that I wanted to tell the story and that fiction was the more appropriate and compelling medium. I scanned the region and the name Kashgar stood out, with all its exoticism, and one thing the book explores is an uncomfortable dance around colonialism and British colonial history and so the word Kashgar captured that. I visited Kashi in the Xinjiang region and again was fortunate to meet many helpful people.

Both The Photographer’s Wife and A Lady Cyclist’s Guide to Kashgar feature a lot of birds, including an owl, a canary and recurring feathers. What is it about birds that captivates you?

Lots of people ask me that and I’m afraid I don’t know. I am not a birdwatcher-geek in the usual sense, but they are fascinating, freakish, terrifying, compelling. They come up again and again in my dreams and writing. I’d like to move on from them but they are always there, flapping about, beaky and intrusive. Maybe it’s to do with freedom, flight, flying, wings?

Photographs, old letters, memories from our childhood also play a big role in both your books. Can you explain why you are drawn to them?

Yes, I like second hand shops and flea markets and the sense that you can almost feel you are touching the dead when you hold old letters or diaries or photographs. It’s uncanny and I have to admit it’s a problem. I buy too many old letters and photograph albums of people I don’t know and when I bring them home I feel the physical weight of a life once lived sitting there in a box. It’s overwhelming. Not to get too irritatingly cosmic, but I almost feel the stories wanting to be told: every camera, every musical instrument that’s travelled since the 1890s, every wedding ring, every old wedding dress, every honeymoon album from the forties, old shoes and rocking horses. I have hoarding and obsessive tendencies and it’s probably not very healthy so I try not to go take on these lives and memories and captured moments of time from the past anymore. I force myself to walk on past and let it all go. I don’t need all those ghosts flickering around my ears. (I failed recently though, I bought a box of letters from the Sixties which were going to be thrown out – they are burning a hole in my attic now).

How much of your writing is autobiographic? Do you identify with any of the characters?

Much of my book is autobiographical. I’m of the opinion that all fiction is autobiographical really, so there’s no point fighting it. It is what artistry and psychological exploration and storytelling finesse that can be wrung out of the essential material that’s the fun and the challenge.

Can you describe your writing process?

At the early stages of a novel when I haven’t yet deeply committed to it and am exploring, I start a document with a generic title like NOVEL 3 and a physical notebook (moleskine). I jot ideas and thoughts and dreams related to it, put in pictures. I am faddy and need to see if it’s going to stick. I do this by trying to talk myself out of it, such as: writing about Jerusalem or Kashgar is insane, etc, but if I find I am obsessed then I begin a process called 500 words.

I start a document, keep it generic and force myself to write 500 words in that document on whatever device is easiest every single day. Some days I knock out 2,500 words, some days I write things like, this book is pointless and I hate myself.

I keep this stage totally open, any tense, any character, any voice, any feeling, anything goes. The key is NO PRESSURE. Very quickly a mass of stuff builds up, 25k words of insanity, but it doesn’t matter. It’s a pre-pre-pre-draft. It means I can forge forwards, unlike if I was working on a document entitled Chapter One, which I re-write 28 times over a year and a half. (Writers reading this will know I’m down-playing that, a first chapter can be re-written for a decade).

When I have some matter, up to 40k of text, I feel better about getting going. I deal with inevitable procrastination behaviour through research. After all this, or somewhere in the middle, I’ll start writing some real things. Usually painful. Betrayal. Sadness. Loneliness. Then, I realise what the story I want to tell is, it comes out through the evolution of a character to two. Then I have a break, write some articles or journalism. I try to figure out how to fund my life for the next couple of years (grants, projects, bar jobs, whatever). Then, I open up a new document called NOVEL 3a. If I get stuck, I pull up a bit from the 500 word document and freewrite using some of it. Then there’s editing, the long and painful search for a structure (which hopefully emerged to some degree through the process), then people reading it, then editors editing, then translators translating, then readers reviewing on Goodreads. And then you start at the beginning again. Bonkers, I know.

What tips would you give an aspiring travel writer?

Research the editor of the piece you are pitching to, be clear and concise, be nice to everyone, be gracious, go to places, don’t feel shy about writing about the darkside, always have story to tell, don’t just write about a ‘scene’.

Were either of your two books easier to write? And why?

They were both hard in different ways. Writing is hard; we all know that. So many choices, that’s the problem. And getting over personal psycho-babble issues. That’s the other problem. Oh, and feeding kids.

A novel. A script. A non-fiction thing and a collaborative project with a lovely artist at a museum exploring clothes and memory.

I think I eat. Sometimes sleep. Hang with my kids and husband. Waft about and daydream on the South Downs. Walk my dog. I’m not sure I know what fun is.

If you weren’t a writer, what would you like to be?