Spotlight on Rowena Macdonald and her fun, fast-paced summer novel 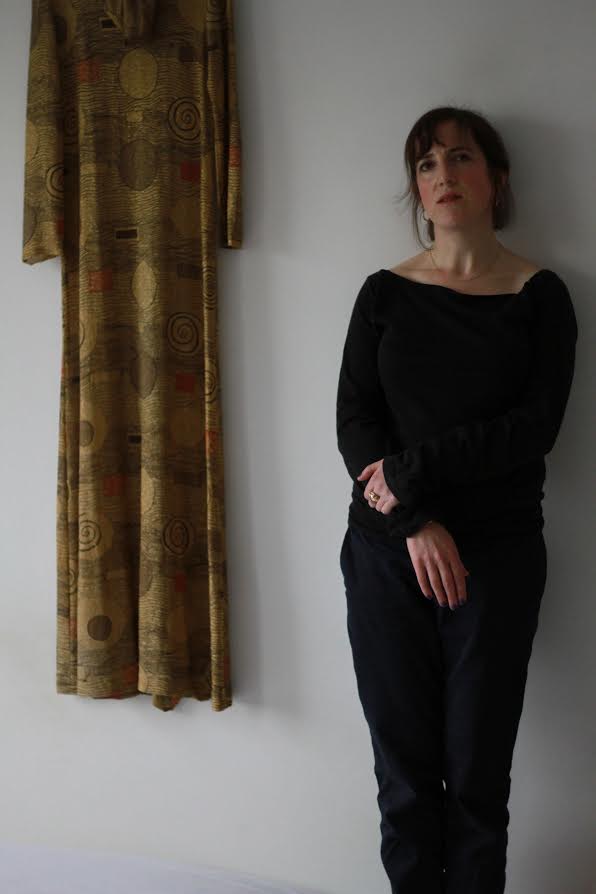 The Threat Level Remains Severe is an entertaining summer read, a quirky rom-com/thriller that gives a funny, detail-rich and satirical behind-the-scenes glimpse into back office life at the House of Commons. Macdonald has won several prizes for her short fiction and teaches Creative Writing at Westminster University.

Please describe what you do in 26 words?

I am a writer, a committee assistant at the House of Commons, a lecturer in creative writing at Westminster University and I have a two-year-old daughter.

When I was in the flow of writing a scene, it was fun – or, more accurately, it was deeply absorbing and creatively satisfying. I find writing dialogue fun. Quite often I made myself laugh. But, at times, it was also very hard work – particularly when I was editing it. I did at least ten major redrafts.

Grace Ambrose has been looking forward to her tea breaks for ten years as a back office parliamentary secretary in The Threat Level Remains Severe. One day an ambitious young Australian joins Grace’s team and she receives a romantic email from a secret admirer. You have worked in the House of Commons for 16 years. How autobiographical is the plot?

Grace’s job is very similar to mine and I did used to live in Finsbury Park, but I have never had an affair with a House of Commons colleague, and although I did have a minor experience of being stalked, it did not pan out as it does in the book. But Grace Ambrose is not me. She’s lazier than me, less ambitious, less focused, more laid-back, more ditzy and much messier. In many ways I am more like Brett. And there are also elements of Reuben in me.

You said in an interview that you are most motivated by place. Can you describe how you planned the book? Did place come first, then plot?

Place definitely came first. I wanted to capture the peculiar atmosphere of the House. Initially, it had a different plot – it was going to be about an anarchist squatter, who gains entry to the Houses of Commons through his relationship with Grace and stages a protest on the roof of the Palace, but I couldn’t make it work. Then I got this stalker, and I decided to feed that experience into the plot instead. I always planned to have the novel from several points of view as I get bored writing from one character’s viewpoint and I don’t like using an omniscient narrator – it feels too distant.

How challenging was it for you to convey the specific atmosphere at the Palace of Westminster, an atmosphere that you have described as “fairly calm, cosy and pleasant”.

It wasn’t challenging as I know the Palace so well. I found the descriptive elements of the book the easiest to write. It’s the plot that was hard.

The book’s pace changes dramatically between Part One and Two. Can you explain your thinking behind that shift?

It was my agent’s idea. (Well, my previous agent’s, in fact.) He wanted the book to be more like a thriller, as it would be easier to sell. Basically he wanted me to increase the tension, so I did.

Rereading the book, I spotted several clues about the mysterious Reuben Swift. Did you bury those as you were writing or plant them later after you’d written much of the story?

I planted them later.

You said in an interview that you’ve “always been interested in people living in odd, provisional ways, in hiding or on the run.” Did your ordeal of being stalked at work trigger the curious, delving writer in you?

No, I’d been writing for about ten years before I had the stalker experience. But I was interested in my stalker’s bizarre mindset and motivation, which may be because I’m a writer, although I imagine anyone who is interested in people would be intrigued by what was going through his mind.

As regards people living in odd, provisional ways, this may stem from my love of Huckleberry Finn, particularly the part when he goes on the run with Jim and lives on a boat on the Mississippi. This was one of my favourite novels as a child and I also loved the 80s TV adaptation. I think it comes from a deep-seated childhood enjoyment of making dens and camps.

What did you find most challenging in crafting your debut novel?

Redrafting the plot over and over. It was like spinning plates.

I read that you wish you were an amazing acrobat. Anything else on your wish-list?

To be free of cancer by next year. (I was diagnosed with bowel cancer in February and I am currently going through treatment.) My prognosis is good so I think this wish will come true.

My other wishes are to go to India and to go on a road trip around America. Oh, and obviously for Threat Level to become a bestseller so I can give up my day jobs and become a full-time writer.

I’m currently reading The Hunchback of Notre Dame (which was an influence on Threat Level, even though I hadn’t actually read it when I wrote the book; I relied on my vague folk memory of it), Asunder by Chloe Aridjis, Attrib. by Eley Williams and Falling by Elizabeth Jane Howard.

My agent is going to try and sell the third novel that I wrote (Threat Level is, in fact, the fourth novel I have written but the first to get published) and, once my daughter is at nursery school and I am through cancer treatment, I will continue writing the novel I started before she was born, which is set in Brighton in the mid-90s (when I was at Sussex University) and is about a fictional road protest.

You can buy your copy of The Threat Level Remains Severe here.