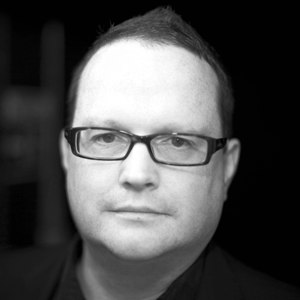 Describe what you do in 26 words.

Writers’ Centre Norwich’s vision is to create a centre for national and international literary exchange in a world class UNESCO City of Literature. No pressure then…

What brought you to Norwich in the first place?

This job! I had worked in publishing, literary festivals, cultural policy and academia before I saw this post, which seemed to bring all my skills together in one place and with a fantastic set of partners.

How did the award of City of Literature by UNESCO come about?

A number of colleagues pointed out that Edinburgh had become the world’s first UNESCO City of Literature in 2006 and that there should be a one in England that wasn’t London… So, we spent some time digging around the fantastic literary history of Norwich, gathering together resources about its incredible contemporary writing scene and thinking about the future and we thought, yes, we can do this! A mere four years and three versions of the bid document later we made it. In all seriousness, Norwich has the most amazing and radical literary heritage, and as the home of the UEA Creative Writing MA, the British Centre for Literary Translation, a world class Archive and England’s busiest library, we felt we had a brilliant story to tell about the city. That story needed an international platform and the UNESCO accreditation seemed perfect for us.

Vesna Goldsworthy is a writer with Norwich connections who will appear at 26 Wordstock – what can you tell us about her?

Vesna has been coming to our Worlds programme in Norwich since 2005, I think. She was a writer who came with recommendations from poets and non-fiction writers around the world and possesses a clear, vital and unstoppable intelligence that makes her a pleasure to listen to, debate with and have at a festival. We were delighted when she became the Co-Director of the UEA Creative Writing MA in 2015 as we now see more of her in the city. Her first novel, Gorsky, has been a major international best seller and has been translated around the world.

What do you think the UNESCO award will do for Norwich, for literature and for writers?

We hope the UNESCO award will do a range of things for us. Firstly, we want everyone who lives in, works in or visits Norwich to become aware of the city’s amazing and radical literary heritage – it has shaped who we are today. We want to use the accreditation to enable young people to enjoy reading and writing in and out of schools. We want to create a place of exchange and celebration for writing and reading in the city that has an impact regionally and nationally too. And we want to raise the profile of the literary arts and what they can do for individuals and comnmunities.

What needs to happen before the National Centre for Writing opens in Norwich?

Well, we have about another £200k of the £2.65m campaign target to raise… and then it’s full steam ahead! We plan to build an extension with modern educations spaces and offices onto the south wing of the amazing Dragon Hall, convert a cottage that is currently offices into a house for writers and translators in residence, upgrade one part of the hall as a new accessible reception and entrance, replace the disabled access lift and do a bit of work on IT and cosmetics and then we’re off! Oh, there’s also the amazing first year’s programme to design, the national and international partnerships to develop and the community engagement and involvement to cultivate and nurture. But we have 20 whole months, so…

The fundraising must have been a bit of a rollercoaster – but you must have extended your network in the process?

Absolutely. I have met some amazing people and organisations in the process of fundraising. I have become friends with people I would never have otherwise met and learned so much along the way. It has been incredibly hard work but fascinating too.

Will partnerships with organisations be important to the National Centre? Or will it be for individual writers to benefit most?

Virtually all the work we do is in partnership with others. Whether that’s Arts Council England, the UEA, Creative England, London Book Fair, British Council, schools, trusts and foundations or others, it’s part of our core values that partnerships make achievement possible. Of course, writers and literary translators need to be a clear focus of what we do – as well as readers and audiences for events – but without partnerships our impact will be limited and our ambitions reduced.

How can writers at 26 benefit from the National Centre?

We don’t believe that creativity stops at the borders of poetry or the novel. The power of creative writing can be felt across a whole range of practices and the benefits of engaging in writing and reading (and performing) for enjoyment, education, enlightenment [ed, add another e-word here] can be expressed in all sorts of social, business and other contexts. Increasingly, writers are collaborating to take the power of words into world and 26 have been pioneers in this field. We hope that we will be able to work with 26 members directly and virtually on our projects and partnerships over the coming years. www.norwich26.org was a great place to start – let’s see where we go next!

How did you enjoy the partnership with 26 for 26 Writers Norwich?

We loved it. The approach was creative, the spirit generous and the party/launch was grand. The 26 writers collaborated with and mentored UEA undergrad writers too, which meant that the impact of the project was even greater for those younger writers making their way in the world. Every year the range of 26 projects gets more and more impressive.