How to conduct a great interview 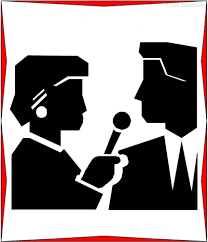 Journalist, editor and 26er Jonathan Whiley has interviewed thousands of people. From an interview with Ray Mears that led to a front-page splash to a spat with Jim Davidson, Jonathan has been through many ups and downs. Here, he shares some of the lessons he’s learned along the way.

No amount of training can prepare you for the moment you sit down to interview the grieving mother of a 13-year-old girl. As a news journalist I had many of these intense, emotional encounters.

I’ve interviewed thousands of people, from a transgender woman to a Cold War spy. I’ve interviewed celebrities – Dionne Warwick, Jamie Oliver and Ed Miliband to name a few – and found that although personalities and scenarios vary, there are ways to get the best out of people.

A colleague of mine once interviewed Huey Morgan of Fun Lovin’ Criminals without listening to any of his new album. It soon became very apparent and Huey told her in no uncertain terms to call back when she had.

Reading previous cuttings prevents you asking factual questions and exploring well-worn avenues. Celebrities are bored by the same questions and readers will not want the same answers.

Background reading can occasionally throw up a golden nugget

Prior to an interview with bushcraft guru Ray Mears, I came across a small footnote which suggested he’d been involved in the Raoul Moat manhunt.

When I put this to him, he confirmed he’d been asked by the police and described, in detail, how he came within 20ft of the gunman in the Northumberland countryside. The story was a front-page exclusive for my paper and was picked up by the world’s media.

Don’t be afraid to go down the rabbit hole

Entering an interview with a list of pre-prepared questions gives me a security blanket, but once there I rarely refer to them.

The best interviews are the ones that take on a life of their own. Usually one question provides the key to the Pandora’s box and when that happens never be afraid to wander down the rabbit hole.

Once you do a little digging it can uncover the detail which is crucial for a great interview. I once asked singer Toyah Willcox what type of childhood she had, which led to a conversation about how she has an inherent need to be alone. Even now she drives to gigs alone and goes on holiday without her husband.

The Jeremy Paxman style of questioning might work for politicians but in my experience it rarely works for others. Your charisma and ability to make someone feel relaxed is the only way they will open up; particularly if the subject is sensitive.

When I interviewed Welsh rugby player about coming out as gay, I knew that the first 10 minutes were about building trust. After that, it was possible to talk about the suicide bids and why he’d turned to religion in his hour of need.

And don’t dive in with bluntly-phrased questions. Asking Jane Asher’s thoughts on her breakup with former husband Paul McCartney and trying to find out why Felicity Kendal had so many affairs to her name, meant that five minutes into the interview I was fighting a losing battle.

I’ve had a few of these toe-curling encounters. The most infamous celebrity interview I’ve ever done was with comedian Jim Davidson. During the interview he broke his silence on his Operation Yewtree arrest and made all manner of bizarre comments, including a joke about pinching my bum.

At his subsequent gig he spent the first five minutes ridiculing the paper, calling me an unprintable name and offering me his fist should I be in the room.

Which, of course, I was. In fact, I was reviewing the show and the piece was penned as a personal message to Jim which led to a Twitter spat. It’s fair to say I’m off his Christmas card list.

Before I interviewed Bob Geldof I was given strict instructions from the PR on topics I couldn’t ask and anticipated a diva-ish nightmare.

But, as it turned out, it was anything but. Bob was open and engaging to the point where, despite having a flight to catch, he extended our interview by 20 minutes and ranted on all manner of topics from Putin to Radio 1.

Interviewing people is an art form, but it’s far from exact. Detail is crucial, timing critical and silence, more often than not, can prove golden.

And sometimes you will misjudge your interviewees. Unless of course, they’re Jim Davidson.

Jonathan Whiley works for Publishing Business. He’s editor of Victoria and The Northbank magazines and writes for the Mayfair Times. jonathan@pubbiz.com/ @jonnywhiley