Truth and lies in advertising 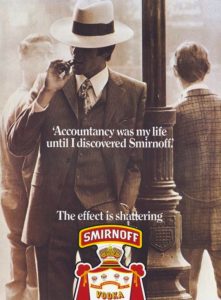 The latest instalment of Wordstock Deconstructed, in association with the English department of King’s College London, promised a journey through the past, present, and future of advertising, with Richard Burdett in the driving seat. Buckle up.

Who better to talk us through the changing landscape of advertising than Richard Burdett? His years of experience in the sector have put him in a prime position to see, to feel, a seismic shift in how we consume media. After 11 years at Saatchi’s, stints as head of 4Creative and head of marketing at UKTV, and many more besides, Richard is now MD of Horse & Country. But don’t be fooled by its aura of rural calm. In his own words: “It’s the hardest thing I’ve ever done.”

And I believe him. Richard’s approach is refreshingly candid, and what follows is an hour or so of his take on the sector. This was no rose-tinted ‘best bits’ retrospective, it was a deep dive into the inner workings of advertising. Then, now, and next.

Richard opens his talk with a photograph of Saatchi & Saatchi’s offices, quickly followed by an image of the plot of land where the building once stood – now razed to the ground. A metaphor of sorts, he says, for the advertising sector as he once knew it. In an ever-growing climate of digital-first, advertisers are playing a very different game compared with a few decades ago. If there was ever a rulebook, then it’s not so much been rewritten as had its pages torn out and scribbled over.

One example of this, Richard points out, is the increased use of ad-blocking software as a consequence of more and more ads being fed to us online, rather than on TV or in print. The reaction to this? Ads making their way into the content itself. Surely a nail in the coffin for strong creative advertising campaigns? Although you’ve just got to laugh when Noble Caledonia is namechecked in a Times obituary next to a full-page ad for one of their upcoming cruises…

Another example: the idea of winning hearts and minds through ad campaigns that people really love is being superseded by targeting, retargeting, and more targeting via Facebook ads and the like. When people see through it, it leaves them cold. When they don’t, is it even fair? And while television and radio are bound by Ofcom’s regulations, the same rules simply don’t apply to those operating online.

The times they are a changin’.

So what are we faced with? Wolf in sheep’s clothing product placement, the tricky argument of publisher vs platform, bots as far as the eye can see farming out content without an ounce of creativity or thought…

But it’s not all doom and gloom, from Richard’s talk came a glimmer of hope. More than a glimmer actually. For me, this hope was summed up by a quote from Jeremy Bullmore, “100% of people need to understand what the Mercedes brand stands for in order for the 2% who are final purchasers to want to own the car.” There are still stories for us to tell through our writing. There’s still a need for them to be told.

Opportunities are there for the taking, but taking them will require hard work, creativity, and knowledge. And this is where we need to really take note. With the average age of those working in advertising getting younger, there’s a risk of this knowledge fading away with the ‘old school’. Thank goodness for talks like this then.