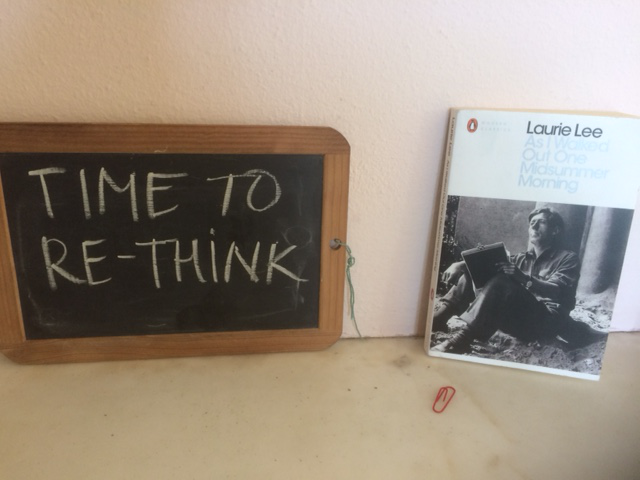 Like any good concert or festival you had to be there. It was neither of these, though it bore resemblances. ‘Angel-fest’ said our friend from Seattle and he was not the only one who had flown in from afar. It was a gathering of Dark Angels – fully-fledged ones, who had completed all three legs of the Dark Angels journey.

So, was it a conference? If it was, it was a conference with paper trumpets and party hats on. It broke all the corporate rules. Was it a course? No, though there were some brilliant new exercises that acted as prompts for personal exploration and deep conversations.

So, it wasn’t a house party? Steady on! Of course not, though the wine flowed and the cooking was inspired and delicious with vegetables from Hawkwood’s organic walled garden.

It was an experience? Yes! A very special one, devised by John Simmons, a ‘maybe swansong’ but probably not as no-one, including John, wants to see him retire and we shouldn’t read too much into his reading from Prospero’s “Our revels now are ended” speech.

But it was his weekend at a venue of his choice – the inspiring Hawkwood College, Centre for Future Thinking near Stroud and Slad – during which he used a clutch of his favourite books as the bases for some quintessential Simmons exercises.

Place is always a key component of any Dark Angels event and Hawkwood with its ecclesiastical windows giving views across a lush valley exceeded expectations. Time of year – midsummer – was significant too. Not least in that it tied in elegantly with Laurie Lee’s classic ‘As I walked out one midsummer morning’ – a book we always recommend to Angels coming to Aracena for the advanced course.

At Hawkwood we were in Laurie Lee country with Slad, Lee’s birthplace and the village from where he set out for Spain in 1934, a 45-minute walk across bucolic countryside.

Midsummer was significant too as it marked three years from a Solstice gathering in the Highlands at which the new Dark Angels chapter began with the expansion of the core team from three to twelve. And being in the Centre for Future Thinking the focus of the weekend was looking forward rather than nostalgia.

One final boon of it being Midsummer was the opportunity to re-enact the famous “Ill met by moonlight” scene from Shakespeare’s glorious play, lit by bobbing iPhones in the wood of hawks.

It was above all for everyone, old friends and newly made ones, time to reconnect, reaffirm and as Nick Parker’s slate on the mantelpiece said: ‘Time to rethink’. Time to recharge and set out once more on a midsummer’s Monday morning to bring rays of light into the world of business language.

In that vein I’d like to leave the readers who were not there a little something. One of the exercises John set was to review and if necessary reject and rewrite Orwell’s famous six rules of writing. From the 30 or so responses here are ten I particularly like:

Not forgetting the Dark Angels golden rule: Only connect.

Thinking to the future, watch out for the full set in Dark Angels on Writing, due out in 2019.