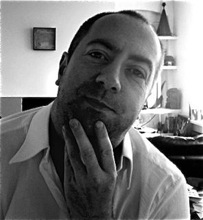 To east London, and Tim Rich’s live/work weavers’ cottage at the very end of Brick Lane. Built in the closing years of the 18th century, the whole row were originally connected by now bricked up internal doors, effectively turning the terrace into a cloth production line 100 years before Ford’s automotive adventures. Add in the fact that the area was once a graveyard and it’s fair to say Tim’s pad is no bog-standard executive dwelling. But I digress. Tim’s focus on corporate communications provides an unusual perspective on the craft of copywriting. Not for him the fast turnaround, marketing-orientated work that fills so much of my time. Tim’s work is deeper, slower and more detailed, which brings its own set of challenges. Here’s what he had to say.

What exactly do you do and how do you describe it?

I’m a writer and editor for businesses. I specialise in corporate communications, so I write speeches, annual reports, strategy papers, corporate tone of voice stuff and everything that flows from that. My work is about how the business communicates with the world, rather than promoting specific products and services. I’m not exactly a business-to-business writer as my audience can range from a single environmental protester to a huge pension fund. Basically my job is the find a way for the company to speak to all of its audiences.

So what are the main differences between your work and what’s sometimes called marketing copywriting?

Most marketing copywriting is centred on a simple proposition related to a clear set of benefits. Corporate copywriting often needs to back up its top-level message with a detailed body of work. It’s a longer form – the sustained argument.

How did you get into copywriting?

I was a design journalist. I grew up in an era of brilliant magazines like Arena, The Face and Blitz. I just loved their combination of words and visuals – it felt absolutely natural to me. I studied Literature and Film at UEA, then got a lucky break and landed a job writing for Graphics International, and I was editor by the time I was 24. By 30 I knew I wanted to get inside the businesses I was writing about and jumped over from journalism to propaganda.

As a journalist I’d met so many great designers who had a sophisticated idea of what copywriting should be doing. It was an extraordinary blast of influence. The best of these designers – people like Alan Fletcher and Mike Dempsey – wrote beautifully about design and also about what we do. That’s the thing about copywriters, we’ve been around for centuries in one form or another – scribes, propagandists, scriveners – and yet we’re still an incredibly immature industry, way behind design in terms of sharing knowledge and representing our interests.

Was there anything you learned on those early jobs that you’ve used ever since?

There are all these myths about highly-strung creative copywriters creating great work because they are selfish or eccentric or rude and I think that is absolute bollocks. One of the things a copywriter needs to learn early on is that they’re not the author, they’re part of an authorial process. The focus of everything must be the reader, not the text or the writer’s ego. And although I’m clearly on the side of the client – not least because they pay me to represent their interests – they don’t pay me to be one of them. They employ me to sit between them and their readers.

It’s tempting for copywriters – all copywriters – to go native and start using the phraseology of the clients. Of course some empathy is essential and probably inevitable, but if you go too far that way your value to your clients – and your reader – rapidly starts to diminish. Copywriters work in this incredibly fertile, endlessly fascinating area between their clients and their readers. They act as translators. So brilliant copywriting is the compelling, believable expression of what the company has to say in a way the reader wants to read.

You mentioned how important words are to corporations, which obviously puts you in a sensitive position. How do you establish trust with a new client?

I’m constantly struck by how often copywriters just don’t seem to really listen intothe words clients say in briefings and interviews. Listening comes in two forms – what they said and what they meant. You’ve got to get both. So in answer to your question, I think the key is one or more early sessions when you just get them to talk, talk, talk, and you get inside their heads and their agenda.

Based on your experience as both a journalist and corporate writer, have you evolved any tips that could help junior writers?

You need to get everyone who’s influential on the project to agree who the readers are. It’s amazing how often that doesn’t happen. And think about what you’re writing not as type on the screen but how it’ll look and read in its final form and how the words relate to the other elements. Concentrate on the meaning created by the whole piece, not just ‘the copy’. Be opinionated about type and photography and so on – they affect the meaning. Reading your words out loud is also enormously helpful – if it’s not easy to speak it won’t be easy to read. And then, I’d say, don’t be afraid to ask stupid questions and to be the only person in the room who disagrees.

Any big influences on your writing? Either from the creative industries or beyond.

Recently I’ve been reading lots of Claud Cockburn, a journalist with a tremendous dry wit and a talent for capturing incredibly important moments of world history. He created something genuinely spirited that would make readers think about things in new ways. His words would often offend the small-minded. The worst fate for any of us is for someone to read what we’ve written and not have any response. Also Harold Evans. His “Essential English for Journalists” is important reading for all new – and indeed old – copywriters. Again, I’m also indebted to those great, confident designers who really stretch the presentation of language to draw out expression and meaning, and to the brilliant writers and thinkers I’ve met through 26.

How do you get things moving when the words just won’t come?

Usually I’m stuck because I’m missing vital information or I’ve misunderstood something or I’ve got sucked into some kind of limitation. So phoning the client can be amazingly effective at clearing block. It’s about getting another point of view to shake stuff up.

How do you know when something is working?

Instinct. If you’re taking ages to write a sentence or paragraph there’s something wrong. You need to stop and talk to someone or read poetry or scream or whatever. And that’s about trusting your instincts. When I started out I spent too many wasted hours trying to claw my way through texts. I’d have been far better off having the confidence to just stop and think for a while.

Do you actually enjoy writing?

When I’ve finished all the prep work and I‘m bloated with information but I haven’t got it all mapped out I feel something terrible is going to happen. It’s a sort of performance anxiety. I love the feeling of writing a narrative where the argument is just flowing and I can hear the chief exec saying it. Day to day the bit I love most is editing. I think brilliant copywriters are often brilliant editors. The words that aren’t building the argument are the enemies of the other words. They’re poisoning the whole piece, so they’ve got to go.