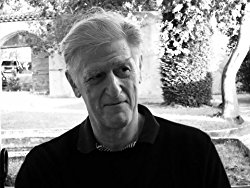 Describe your latest book How to Write Like Tolstoy, a Journey into the Minds of Our Greatest Writers in 26 words.

WORTH SIX STARS. A fascinating and illuminating foray into the minds, habits and creative processes of a host of world’s well-known writers. Definitely not another how to book.

Your opening chapter about beginnings is “Grab, Invite, Beguile, Beginnings”. You quote Joan Didion as saying, “What’s so hard about that first sentence is that you’re stuck with it. Everything else is going to flow out of that sentence.” How difficult was writing the first sentence of your book?

Unlike a novel, when the first sentence can mean so much, a nonfiction book for me often begins best with a good story. I tend to hoard magazines — The New York Review of Books, The London Review of Books, The Paris Review, The Times Literary Supplement, and so on — then binge on them every six months. On one such binge I came across a profile of the magician Ricky Jay, and in it there is a marvelous anecdote, the perfect beginning (I thought) for How to Write Like Tolstoy

You end your book with the word ‘stop’. As an acclaimed writer and veteran editor of books that have gone on to win Pulitzer, Booker and Whitbread/Costa prizes, how would you describe your perfect ending?

There is no one perfect ending. Each book is unique, and fashions change anyway. I love the end of Middlemarch; there’s a philosophical depth to it, and it is also profoundly moving. One often wants a sense of finality, of things rounded off. But some books (Beckett’s novels, say) can leave one hanging, and that can be right too. The imperfect ending is one where the author is stretching for some grand statement or knockout finale, and you just wish that paragraph had been cut!

You devote a chapter to plagiarism, which you write comes from the Latin word for kidnapping, or ‘going out with a net’. How much of your book would you consider plagiarised, and is some plagiarism a good thing?

I’ve certainly used other people’s wisdom, but hope and think it is always acknowledged (the source notes go on for 30 pages, even though it’s all written for a general audience). In the book, I talk about the notion that if a writer plagiarizes but gives the material “added value,” then it’s wrong to be shocked. Malcolm Gladwell has written well about this. But I also write about how that original Latin definition covers the way nearly all novelists plagiarize — using their family, their loved ones, the people they know as their source material. All that is a form of plagiarism, of “kidnapping.” If we didn’t have that, precious little fiction would ever get written.

Another chapter is devoted to sex. Of today’s writers, who do you think tackles sex the best?

I haven’t covered the waterfront on this, but recently I’ve been reading Elene Ferrante — the famous Naples quartet, and also The Days of Abandonment, one of her earlier (2001) novels. I don’t know whether Ferrante writes about sex “the best,” but she is searingly honest, links sexual scenes to her characters, is innovative over detail and metaphor, and what she writes stays with you for a long time afterwards.

Which chapter was the hardest to write?

The chapter on writing about sex, possibly. I came across one book about “sex scene writing,” The Joy of Writing Sex, but to be honest it wasn’t very helpful, and otherwise books about writing shy away from the subject. It’s so easy to strike the wrong note. In the end, I began the chapter with some pages about the “Bad Sex in Fiction” award, started up in 1994 by the Literary Review. I was allowed into their offices to read all the files on the award, and the collected entries were hilarious (if somewhat depressing). But by the end of that afternoon I had my first section of my chapter.

As a writer and an editor, how would you describe your ability to revise your own work?

My wife is a brilliant editor, and my first reader. When I get her notes, I walk around for an hour or two like the proverbial bear with a sore head, then accept over 90% of what she advises. She still puts into the margins of my script little dancing figures drawn in green ink, to cheer me up.

I know that revision is crucial, which I not only accept but look forward to. Who wants to turn down the informed insights of well-read people who want the best for you? But every editor has their own agenda, their own strengths and weaknesses, and I try to get a sense of those, as it helps when I rewrite. When I wrote my book about the Sun, my very good editor said that one chapter, about sunlight, was so bad she couldn’t even begin to edit it. I thought and thought, and decided that (unusually) she was wrong, and kept the chapter (revised) in. It got some of the best reviews. So authors should listen very hard to their editors (professional and otherwise) yet also keep their own counsel. I hope I’ve got the balance right.

In addition to being a writer and editor, you are also an Olympic fencer. Are there any parallels between the world of words and swords?

More than you would think. Discipline, routine, the urge to improve one’s technique, but also a sense of rhythm, knowing when to relax and when to up the tempo. Late in life, I began to learn the cello, and that too was good for my writing — all three pursuits helped each other. My first Olympic coach said that two of the most important assets in a fencer were timing and anticipation. Of course in fencing one is trying to anticipate what one’s opponent is going to do; in writing, one is trying to anticipate the reactions of one’s readers. Get it wrong and they’ll skewer you.

You’ve written how the word ‘incredible’ is overused today. Are there other overused words or literary pet peeves you have?

You are talking to rent-a-pedant! In day-to-day conversation, “no problem” is a phrase of the moment I particularly dislike. Writers who say “he shrugged his shoulders,” when you can’t shrug anything else; “centre around,” “and then,” which is sometimes necessary but usually one conjunction too much, are a few of my current bug-bears.

You have edited some very high profile authors, including John Le Carré, Faye Weldon and VS. Pritchett. You have also edited books by Rudi Giuliani, a man very much in the news these days for his support for Donald Trump. How would you describe Giuliani as a writer? As a person?

Giuliani used a ghostwriter, Ken Kurson, who was very talented. The Mayor (as I had to call him), though, took a great interest in the script, and was always looking for the best way to make a political point, or even a writing one.

I remember when I was being interviewed by him for the role of editor, and wondered what we should talk about without my being chucked out of the room. I realized we had both been schooled by Catholic religious orders (me by Benedictines, he by De La Salle Christian Brothers), and also that our fathers had both been boxers; so I talked about those two things, and got the job. He accepted our politics were a world apart, but trusted me, and we got along fine. At that time it was just after 9/11; he was also going through a divorce; and also dealing with prostate cancer. It made him a much more sympathetic figure with whom to deal.

“How to Write Like Tolstoy”, leads one to “How to Edit Like Richard Cohen”. Any golden tips for aspiring editors?

Read, read, read, is the obvious advice. I have just got Bob Gottlieb’s book about his editing career, Avid Reader, and there is much good advice there. A golden tip? Always put your suggestions in a positive way, not “You MUST do” something, or laboring a criticism. That’s not to say one should hold back, but just to put oneself in the place of the recipient!

You appeared in James Bond film “Die Another Day”. How did that happen?

I was writing By The Sword, my first book, about sword-fighting over 3,000 years, and I wanted a chapter on how the world of film had dealt with the subject. My coach, Bob Anderson, combined the role of British Olympic coach with the job of being Hollywood’s principal fight arranger, so I asked him if I could come and watch him prepare one of his film fights. He said no, I should be in the film itself — which was how I rubbed shoulders with Piers Brosnan and Madonna for a week. When the book came out, it was all my three children wanted to talk about.

If you couldn’t be a writer, editor, fencer, or actor, what would you like to be?

When I went to university it was to study law. By the end of my first year I was on the Cambridge Union committee, and had been runner-up in both the Mace (Observer) university debating competition and the Liverpool university debating championships. I gave it all up to study English, but maybe I could have made it as a barrister.

I’m not sure this is a sensible alternative, but I also enjoy interviewing and chairing discussions — I was director of the Cheltenham Literary Festival for two years, and also took on interviewing guests on stage at the Rose Theatre in Hammersmith. A Jeremy Paxman lite? Otherwise, I have always enjoyed teaching, and run courses for high school children here in New York, in creative writing, and teach fencing at the New York Athletic Club. For seven years, I was a visiting professor at Kingston-Upon-Thames university, which I really enjoyed, so if they would have me an academic career might also have suited. But for a time I was teased by friends as “Smorgasbord,” because to them it seemed I wanted everything on the table.

What books are on your bed-table?

I’m 350 pages into the first draft of The History of Historians. Current chapter is on Western European historians from the fall of the Roman Empire to the Renaissance. Easy-peasy. Then it’s on to Machiavelli and Voltaire…