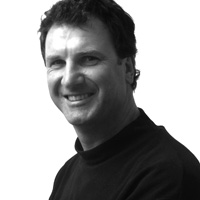 Paddington Station is a handsome rail terminus rich in industrial heritage, but even its best friends would acknowledge it’s not the ideal place to conduct a penetrating interview. Never ones to shirk a challenge, that’s where Richard and I chose to meet on a blustery January afternoon before heading for a crowded concourse café. Richard runs a copywriting company with offices in the UK, France and Australia, and as such he’s the ideal person to ask about the tricky business of dealing with troublesome clients. In between fuzzy station announcements alerting us to imminent departures, we managed to squeeze a few words in edgeways.

Let me kick off by asking what you do.

I‘m a copywriter and managing director of a copywriting company. At a dinner party I wouldn’t describe myself as a copywriter, I’d probably say I was a cross between a business journalist and plain English consultant. When I do tell people I’m a copywriter they get mystified. I think all copywriters have similar problems.

As an MD how much writing do you do?

Running the company takes around a quarter of my time. The rest is spent either writing or looking over other people’s writing. At our place we try to never let anything out of the door unless it’s been read by another writer because they can usually improve things or point out if something you’ve read over and over again isn’t making sense.

How did you get started as a copywriter?

A series of lucky breaks. I did a business degree and a postgrad in marketing. I then started a catering company. By the time I was 30 I’d had enough and started looking around for other things to do. I’d written training manuals and some amateur journalism and I’d always enjoyed writing. I approached a small, local ad agency in Bristol run by friends of mine, and I ended up writing some dog food ads for them. Then I got a really lucky break with a copywriting agency similar to the one I run now, getting some very serious clients almost straight away. Just a couple of months after starting I was working with EMI and writing an annual report for RJB Mining.

Where did you get the craft skills to pull all that off?

It was more about developing my business understanding because I felt I could write already. So I sat and wrote and edited and edited until I had something I was happy with. Stuff that would take a morning now took days and days back then.

Running a writing agency must mean you see quite a few new writers. When you’re interviewing someone, what do you look for?

They need to begood analysts, confident, inquisitive and independent of thought – particular the latter. You need to work out if a client’s giving you the relevant facts. You have to ask endless questions to make sure you’ve got the right story. If I had to give a tip to a young writer I’d say, what’s the story you’re trying to tell?

Similarly, what advice would you give to younger copywriters?

Always assume you’re going to have to do the thinking. In most large businesses people aren’t encouraged to think, sometimes they’re not capable of thinking, but most of the time they’re just too busy – usually with meetings. I don’t think they consciously outsource the thinking, but nevertheless that’s what they’re doing. I’ve done lots of work for high street banks over the last fifteen years and I’ve not met many people who can really think, a fact probably not unconnected with the current financial mess we’re all in. Plus. of course, you need to find a way of getting people to read what you write. That often comes as a bombshell to clients who just assume everyone will be interested in every word they write. You have to tell them otherwise. in a diplomatic and constructive way.

Is there anyone who’s influenced your thinking as a copywriter?

George Orwell, for his views on communications and writing, but also for how his political ideals maintained a link with reality. Plus ‘Keep the Aspidistra Flying’ is about a copywriter. In particular I’d say his famous six rules. Some current business journalists are fantastic, particularly Lucy Kellaway. I think Lindsay Camp’s book is excellent. We sat around the office saying “look at this, we say that every week!”

I want to ask you about dealing with clients. Are there any situations that set your alarm bells ringing?

Having to work with clients who haven’t done the thinking but think they have and insist on what I can only describe as meddling. It’s incredibly frustrating. I want to tell them, if you had a leaking radiator and the plumber arrived, would you tell him how to fix it? You have to bite your tongue and I’ve become a grumpy old man who swears a lot. For example, you might receive a huge PowerPoint explaining how to write for a company along with some material they’ve already written, and you point out that the parts they’ve already done are littered with mistakes and don’t match the guidelines in any way, and the response is, ”ah, but we’ve signed it off”. So you start wondering why they sent you the tone of voice guidelines if they clearly don’t care what voice they use. As I say, it can be very frustrating. A trade association might help but that’s another conversation. Having said all that, dealing with very senior people who can make decisions can be liberating.

Most writers prefer a really tight, prescriptive brief, so presumably you’re the same…

Not exactly. I like carte blanche within a specifically defined requirement – “here’s our product, here’s our audience, here’s a blank sheet of paper, now go away and solve our problem”. So they’ve defined the problem and left me to get on sorting out the message using my skills.

I realise it’s tricky but is there anything you can tell me about your techniques for planning and preparation?

I read everything they send me, and from the first word I’m thinking about “what’s the key message?” and “what’s in it for the audience?” I’ll filter everything looking for clues. Then I might use a technique where I imagine I’m writing a letter to a friend about the problem – just one side of A4 where I can lay out the argument in a few thoughts. It’s to get the thoughts in the right order. Once you’ve nailed that you then need to write it in the right tone of voice. It’s pretty much impossible to say how long an average job is, but if something is planned to take maybe three days we’d aim to complete the briefing and thinking by the end of one. The interesting thing is the thinking time. The actual work is cracking the brief and working out the pitch or argument, which for a corporate brief might take a few hours. And that’s basically job done. The rest is colouring in.