In conversation with… Jonathan Ruppin, web editor of Foyles 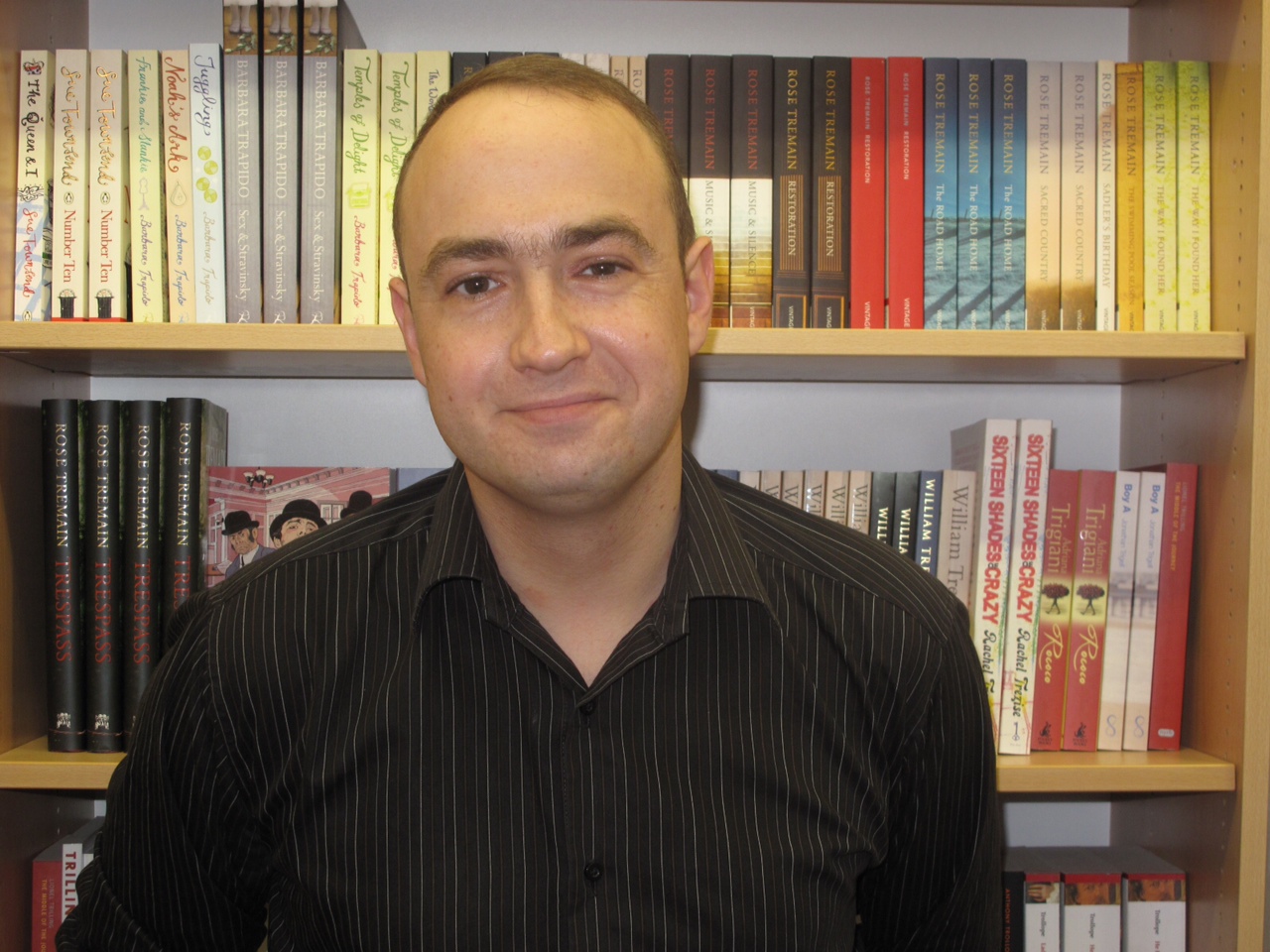 Jonathan Ruppin is the web editor for Foyles Bookshops and a board member of the publisher And Other Stories. He has worked for two literary agents and a publisher, and has been a judge for a number of literary prizes including the 2010 Costa Novel Award and the Romantic Novelists’ Association Awards. He is a former Chair of the Society of Young Publishers. He tells Elen Lewis that booksellers play a much larger role in getting your books into readers’ hands than you’d realise.

Describe Foyles in 26 words.
The place that will introduce you to wonderful books that you had never even suspected existed but without which your bookshelves would henceforth always be incomplete.

What advice would you offer to 26ers wanting to get their books onto your shelves?
I wouldn’t want to speak for the buying team, but it’s important to know who your book is aimed at and how people will find out about it. Foyles carries 200,000 titles at Charing Cross Road (and nearly 20m online), but even our range is a small proportion of everything in print and we make our choices based on what the books we love, what we can think we can get behind and, to be strictly commercial about it, what we think we can sell. But it’s an issue to discuss with your publisher, primarily.

What books are going to be flying off your shelves this year?
Hilary Mantel’s Bring up the Bodies is topping the charts in all branches just now and this, along with new novels from Ian McEwan, Zadie Smith and Michael Chabon in the autumn, will probably constitute our best-selling fiction of 2012. On the non-fiction front, I think Neil Young’s autobiography is probably going to be one of the must-reads of the year.

But one of the things that’s rather lovely about Foyles is that it’s really not about the bestsellers. Yes, we’re selling Julian Barnes and George R R Martin and Suzanne Collins and E L James as fast as we can order them, but the range we sell, even in the smaller shops, is remarkable. Readers are a lot more adventurous than many retailers give them credit for.

You’re on the board of And Other Stories; what do you believe publishers will look like in five years time?
The growing involvement of players like Apple, Google and, as a publisher, Amazon clearly means changes in the way the book trade as a whole will operate and at this stage it’s tricky to say quite what companies like this want from their involvement and how committed they will remain in the long-term. We’ll all have to adapt.

But while innovative publishers like And Other Stories are certainly bringing a new dimension to how books are brought to the market, the traditional publishing model has plenty of life left in it. There may be a lot of doom-mongering in the press, but much of it comes from those outside the trade who don’t really seem to appreciate the depth of what publishers do beyond designing and editing. The wealth of experience they have at their disposal – and their dedication to books as books rather than just products – means that traditional publishers who keep up with the constantly evolving book market are likely to continue to produce the majority of what people read, in physical or electronic format, for the foreseeable future. Most of them have done it many times before.

On the whole I’m pretty optimistic about the future of books: given the way new forms of entertainment have burgeoned over the last couple of decades, sales are holding up remarkably well. And we’ve told each other stories since primitive humans first sat round campfires, so it’s very much an instinct.

Congratulations on being named Bookseller of the Year. What should good booksellers do best?
Thank you. I work with some incredible people whose talents and dedication are a genuine inspiration.

There are of course much more demanding occupations than bookselling, but the one aspect of our job that we share only with our cousins the librarians is that we’re expected to come up with an informed response to enquiries about all subject you can imagine. So take note of everything – reviews, the press, online chatter, what’s hot in other media, the issues of the day, what customers say, what they buy, what your colleagues read.

Most booksellers are pretty knowledgeable about the sort of things they read themselves, but that’s just a sliver of the spectrum: give a bookseller the names of two or three books you’ve loved and the good ones should be able to come up with something just right for you, no matter your taste, simply from being steeped in books.

But the golden rule is always to send the customer away with something: they book they want, they book that’s actually better suited to their needs than what they asked for, helpful information or ideas, or just a smile and the feeling that someone cares about what you read.

What has been your favourite book of the year so far?
Just one? Impossible! But I’ll keep it brief.

Chad Harbach’s The Art of Fielding is a rare example of a book meriting all the hype. The omission of Julie Otsuka’s The Buddha in the Attic was my one complaint about a superb Orange Prize shortlist. Elif Shafak’s Honour tackles a painfully emotive subject with grace and insight. And Jess Richards’ Snake Ropes is the most accomplished first novel I’ve read since Eleanor Catton’s The Rehearsal in 2009.

From the more limited selection of non-fiction I’ve managed to find time for, I’d probably pick Darwin’s Ghosts by Rebecca Stott, an eye-opening documentation of all the scientists before Darwin who were feeling their way towards the theory of evolution but, for various reasons, never quite got there.

And that’s just choosing from what’s already in the shops! Lately I’ve been reading all sorts of great books due out in the next few months and, after a bit of a patchy 2011, readers are going to feel really spoiled by the end of this year.

Just seen you’ve interviewed Richard Ford. Wow. Can you give us a sneak preview? A tiny snippet?
When I asked his publisher, Bloomsbury, if he’d be up for an interview, I was half-hoping they’d say no. Not only is he one of the all-time greats in American fiction, but he’s an absolute idol: when I met him six years ago, I just listened to that stentorian voice tell mesmerising stories about his friendship with Richard Yates – or Dick, as he knew him. So the prospect was intimidating, to say the least. But then I started reading and watching previous interviews and it became apparent what a generous interviewee he is, with an infectious passion for the nuances of language, and I realised that the sort of questions I wanted to be able to ask him would probably be right up his street.

And the interview we’ll be publishing on our website on 4th June – the day Canada is published – is terrific, it really is (as is the novel). It’s strictly under wraps until then, but as a teaser, I’ll reveal that he wrote the first 20 pages back in 1989 and kept them, along with his notes, in the freezer – yes, literally! – until he was ready to start on it properly about four years ago.

What should all first-time authors know?
That J K Rowling’s success is a once-in-a-lifetime phenomenon and most writers don’t make enough money from writing alone to live on.

That word-of-mouth, from writer to agent to publisher to bookseller to reader, remains the greatest marketing tool we have.

That booksellers play a much larger role in getting your books into readers’ hands than you’d realise; handselling’s just the tip of it.

That the publishing world is a relatively small place compared to most other arts and your reputation definitely goes before you.

That if you disagree with any of the advice in Carole Blake’s From Pitch to Publication, you’re wrong.