In conversation with… Polarbear 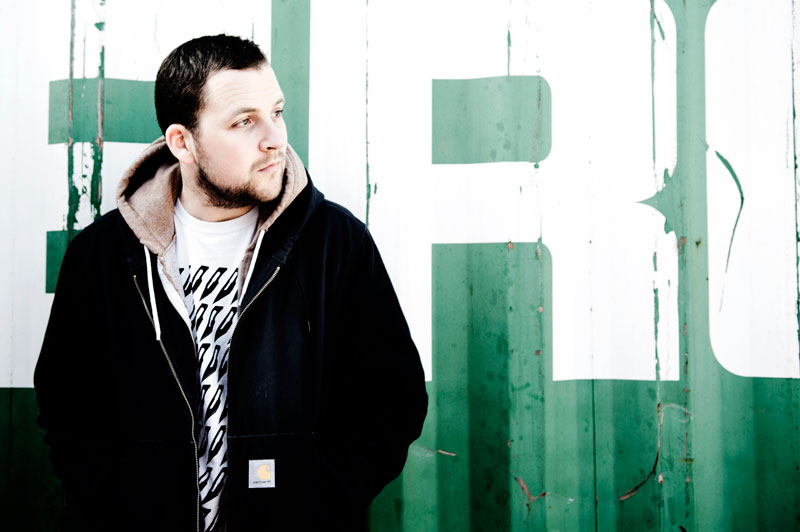 Every month, we’ll be interviewing a writer about their craft and what it means to be working with words. As his latest show, OLD ME opens at the Roundhouse, spoken word artist, Polarbear, talks to Elen Lewis about fixing words and favourite rhymes.

Can you explain your writing process?

My ideas are always beginnings. Starts of characters or scenes or the zoomed in detail of the frayed edge of some lycra incredible hulk pants. I just start and see what happens. Everything has umpteen incarnations, very often ending up with a less flabby version of the original words.I don’t like knowing what will happen until it makes itself clear and over time I’ve become less and less interested in neat endings. I also have someone very close to me who is brilliant at questioning my work to make it better.

Do you write things down or speak them out loud again and again until they’re fixed?

With the shorter pieces, most of them begin life as spoken ideas of lines or rhymes or character detail that I speak at the bus stop or on the way home. Ideas have saved me pounds in oyster fare on the nights when I just had to walk home so I could speak word in the street, refining a section and seeing what it led to. For the longer stories it’s much more of a writing then speaking then re-writing then re-speaking and so on.

And are they ever fixed?

The words are fixed. I’m obsessive about choices over syllables, detail and the rhythm of a sentence. I think it’s very different when writing for a mouth as oppose to a page and particularly important when that mouth is your own
The variation and excitement comes in the form of variations depending on who I am speaking to, where we are and how I’m feeling at the given time.

Where did the idea for your new piece ‘Old Me’ come from?

Lots of places. When I’m developing a new longer piece my brain gets excited by a few things. One is playing with my form and own abilities/weaknesses in terms of performance and voice, secondly I’m only excited about my own work when it feels like what I’m attempting doesn’t exist, or at least i haven’t witnessed it, for example my previous feature length piece RETURN was a screenplay that I wrote to speak. OLD ME started with a realisation of how much my life changed in a very very short space of time. After that came the thought that there are traces of myself from the past that rear their head in certain situations in my current life, which itself is crazy to me as what Ido and how my week is spent is a million miles away from anything I ever envisaged doing. Oh, and a Karl marx quote,
‘Everything that is solid melts into air’.

Do all of your stories include autobiographical elements of you and your background?

Yes. Sometimes directly, more increasingly in a hopefully more subtle way. I think the mentality I was raised with defines my choices in my work. The sensibility is always Birmingham even when the material isn’t. OLD ME is the most direct and personal thing I’ve ever written.

Or are some of them pure fiction?

There are elements of artistic license, but it always happens that the most vivid and therefore most exciting things to speak are things I know or have known close at hand. Some of it is just bald face lies too. I should add that.

Did you always want to be a writer?

I never wanted to be a writer. I always loved stories. Reading, watching and listening to them, but being a writer wasn’t something on the radar of future aspirations. even when it got to uni age and I was scribbling things down, it always felt like something just for me. i always envisaged being a teacher or some kind of caped animal rights vigilante

What can other writers learn from the craft of spoken word?

They can learn what i think. That the best edit for realism is your own mouth. Whether that be dialogue, narration, character voice or just simply the rhythm and pace of words. You don’t need an audience to use it, and it can inform anything you write. Even if that ends up being just in realising you don’t want it to be spoken aloud

What do you love about spoken word?

I don’t love spoken word. I love personalities and craft. I love the way some people can use something everybody has to do something that can verge on magical.

OLD ME at the Roundhouse from 21st Nov. Then a feature length story for 10 year olds in the spring followed by a story project called ‘sTaTe’, the size and likes of which have never been seen before.