Five Books on a Shelf 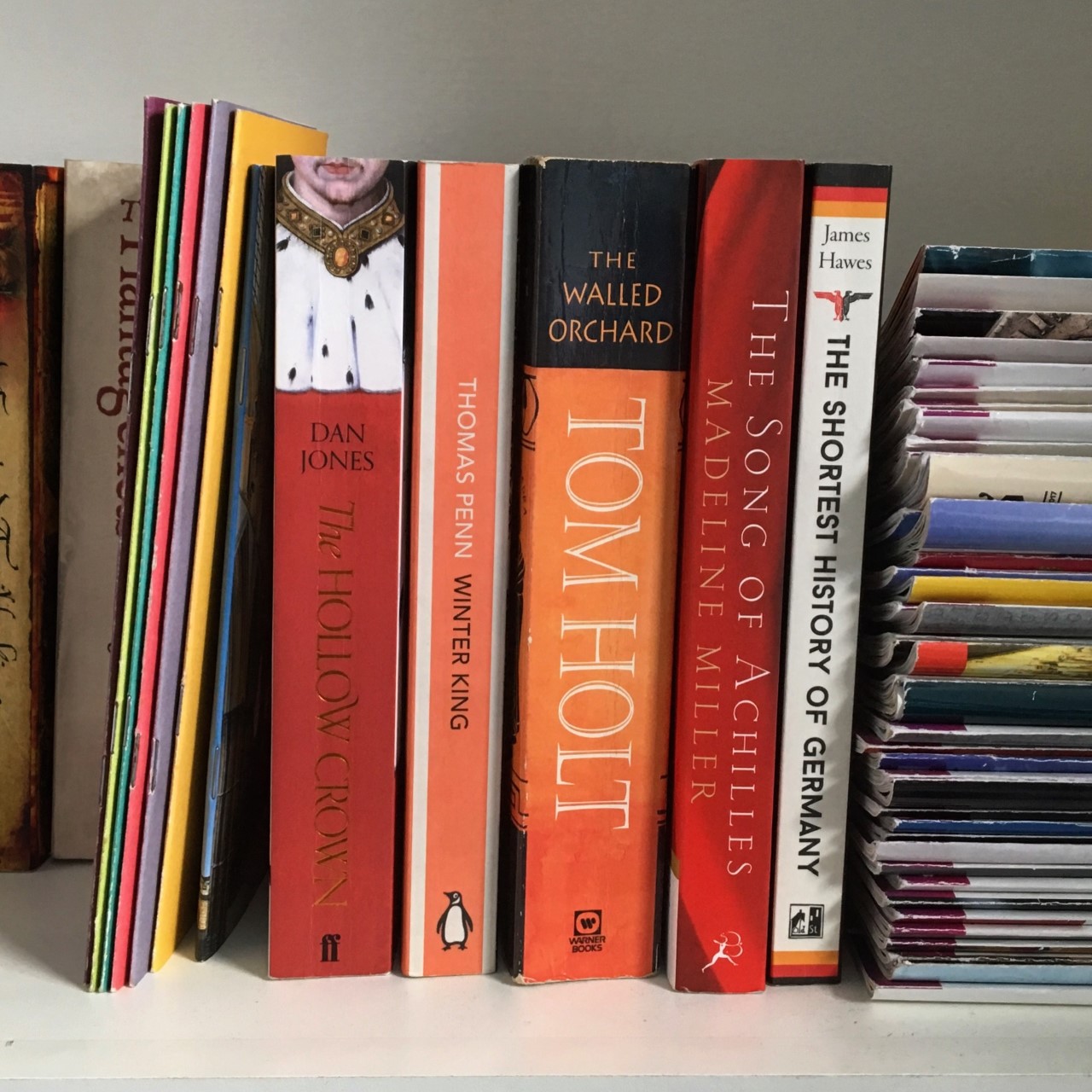 Introducing the first in a new series, Five Books on a Shelf. The premise is simple; pick five books on your shelf, take a snap, and write a sentence about each one. This month, 26 board member and Quietroom Managing Director, Andy Hayes, shares a snapshot of his library.

As I get older, I find that I’m reading more about the past than the present, or the future.

The Hollow Crown by Dan Jones
The Wars of the Roses, more fact than Shakespeare’s fiction; better than Game of Thrones, but no dragons.

Winter King by Thomas Penn
Henry VII, founder of the Tudor dynasty; the usurper who usurped the usurper, Richard III.

The Walled Orchard by Tom Holt
Eupolis writes a tragedy, it bombs, so he puts on the exact same play as a comedy, it triumphs – life is a tragi-comedy after all.

The Song of Achilles by Madeline Miller
The myth of one of the original superheroes, retold as a tender love story through the eyes of Patroclus.

The Shortest History of Germany by James Hawes
A smart distillation of 2,500 years of history; a compelling argument why a strong, liberal Germany is a good thing for Europe.