A poet’s guide to killing 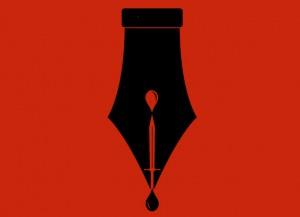 Coffee cup and mini muffin in one hand, marker pen in the other, I stood in front of the three signup sheets and weighed up my options for the morning’s workshops. All sounded useful. All sounded interesting. But I was particularly drawn to Rishi Dastidar’s workshop on “using poetic techniques to sharpen copy”. I added my name to the list. Little did I know I’d just signed up for a masterclass in killing.

I think I can speak for all my fellow workshoppers when I say that Rishi’s first slide was a surprise. “A poet’s guide to killing.” Matter of fact. White text on black. “More on that later,” Rishi chuckled.

What was he planning to do to us?!

Rishi’s aim for the next 42 minutes was to help us channel our inner Don Draper and Byron in equal measure. Minus the daytime drinking and the clubfoot. Challenge accepted.

He also reassured us that we wouldn’t be exploring the world of iambs, dactyls, spondees and trochees. We would instead be having a go at four poetry-inspired techniques and applying them to copywriting.

So, with pens and pencils as our weapons of choice, we delved into four short exercises to put these poetic techniques to the test. First, we crafted fluid simplicity from a very dry article about water company profits. It really is possible – just make it shorter. Technique one – tick.

Next up – eyeball kicks. A technique favoured by Allen Ginsburg, it involves putting together two starkly dissimilar images that play off each other to create something altogether new. Rishi provided us with a list of words to choose from, and let us have a kick about. It was a bit weird, in the best possible way. Cubic culture! Everyone governments! Future China! Technique two – back of the net.

From eyeball kicks, we moved onto deploying a clerihew. A cleri-what? It’s a whimsical, four-line biographical poem invented by Edmund Clerihew Bentley. The first line is the name of the poem’s subject, usually a famous person shown in an absurd light. The rhyme scheme is AABB, and the rhymes are often forced. Rishi gave us a choice – write a clerihew about Richard Branson, or Tony the Tiger (of cereal box fame). Here’s my effort:

Because he simply prefers meat.

In my defence, “the rhymes are often forced”. I embraced the clerihew, and I liked it. Technique three – well done me.

Lastly, we tried our hand at poetic prose. What’s poetic prose? Well according to Danielle Mitchell via Rishi, it’s not: a failed verse poem, a short-short story, a consolation prize or a bagel. But it can be: a poem in a box, a revolt, a paradox, or an opportunity for something different. In this humble writer’s opinion, it was a thoroughly satisfying way to end a mind-opening workshop. Technique four – noted.

There was just one thing left to answer: why killing?

Rishi finished with these two quotes:

“Most good copywriters fall into two categories. Poets. And killers. Poets see an ad as an end. Killers as a means to an end.” – William Maynard

“If you are both killer and poet, you get rich.” – David Ogilvy