The Other Box and Friends 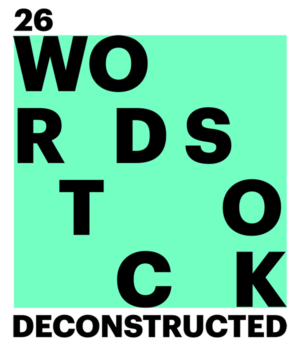 26 are teaming up with The Other Box and Wonderbly to put on an evening of inspiring talks, delivered by people from minority backgrounds. These are people who once felt invisible, even actively silenced by the mainstream, but who have used their experience and creativity to change the narrative. They’ve written themselves into the story, so that all of us can feel inspired and empowered to tell our own stories.

The event itself is free, and Wonderbly are kindly providing pizza and nibbles!

So come along, take a seat, grab some pizza, and learn more about how we can improve diversity in copywriting and beyond.

Wonderbly is a marvellously unusual, award winning publishing startup that plays in the intersection of storytelling and technology. They’re on a mission to inspire boundless self-belief in children through clever and sophisticated personalisation.

To date, they have made over 2.7 million children in more than 200 countries gasp and giggle.

About The Other Box

As a working class, state-educated woman of colour, 26 member Roshni Goyate felt stifled by the lack of visibility and opportunity for people of colour in the creative industries. Something had to change. So she teamed up with Leyya Sattar to co-found The Other Box, a platform for creating better inclusion and diversity in the advertising, design and marketing industries.’

Shahnaz Ahmed is Senior Designer at Livity, an award-winning youth-led creative network in London, which helps brands like PlayStation, Dyson, Netflix and Google, earn a place in youth culture. She juggles this with being a mum and a director at Knit Aid, a global social movement she founded to help refugees and brings communities together through knitting. Shahnaz is also a regular speaker at industry events and has won several awards including Creative Equal’s ‘Women to Watch’ and Campaign’s Future Leader’s award. And she was one of 15 women chosen globally for the Cannes Lions See It Be It programme this year.

Nafisa Bakkar is one of the co-founders of Amaliah.com. Amaliah is dedicated to representing Muslim women. With a team of over 100 contributors across fashion and culture, Amaliah creates content for and by Muslim women that aims to shape thought and amplify the voices of muslim women. This year they were named by Forbes as one to watch.

Selma Nicholls founded Looks Like Me, a kids’ talent and casting agency, after her then three-year-old daughter Riley-Ann questioned her own identity (on two occasions) due to the limited visibility of children that looked like her on bill boards, theatre shows, the big screen, magazines, and advertising. Selma’s also one of the co-founders of the SoWhiteProject, an ongoing campaign to end visual bias on the internet and normalise diverse imagery through real photography.