What do you think of it so far? 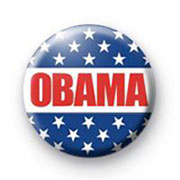 It’s a 26 exclusive. Leading speech-writer Philip Collins – who delivered our inaugural annual lecture back in November – gives his impressions of President Barak Obama’s historic inauguration speech. In terms of writing and oratory, the new President has already set himself incredibly high standards, so how did this key speech measure up?

‘I thought it lacked an obvious governing idea. Was it centrally about the threat to America, the renewal of the nation or duty and responsibility? It was sober to the point of being sombre. The delivery was more than usually evangelical. There are beads of inspiration but no obvious thread. A good way to think about this is: what title would you give to this speech?

‘The best phrase is when he says “To those who cling to power through corruption and deceit and the silencing of dissent, know that you are on the wrong side of history, but that we will extend a hand if you are willing to unclench your fist.” The image at the end achieves what all imagery is aspiring to – it actually makes you think of two people trying to shake hands. In your mind’s eye they have an identity. He has no need to say who he is talking about – he does it all with a beautiful phrase. In more expansive mood, “extend a hand” might have been the “yes, we can” of this speech.

‘This was the negative of a habitual Obama speech. He was perfunctory in his optimism and convincing in the gloom. He was sparing with his language but not with his audience.’