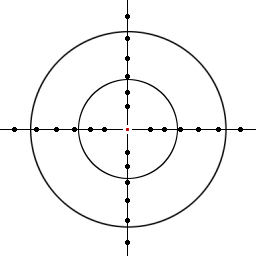 Target audiences, guerilla marketing, brand territory… should marketers be worried about using so many military metaphors?

It feels a bit like wearing combat trousers. Do you actually need these pockets on your thighs and Velcro tabs at the ankles? No. Definitely not. But it’s about feeling rugged and physical: you could be dodging incoming fire instead of fretting over pack copy.

Something to worry about? Not for me. But you need to know when you’re doing it or, one day, you’ll find yourself stuffing your laptop and Moleskine into your Bergen. Sir, yes sir!
Pete Cornes

I’m not worried by marketers using military metaphors – it’s crass and pathetic and reveals a shallowness of experience, but it’s not dangerous. I’m more worried by the way the military mangle language, because the abstractions in their technical language get picked up by our technocratic politicians and re-presented to us by our media. It’s a deadening of language; a further distancing of words from reality; an anaesthetic against the visceral and moral horror of war. We should be suspicious of anyone who prefers to say ‘collateral damage’ rather than ‘innocent victim’; ‘coercive interrogation’ rather than ‘torture’; ‘waterboarding’ rather than ‘torture by drowning’; ‘embedded media’ rather than ‘censored journalism’; ‘neutralize’ rather than ‘kill’; ‘soften up’ rather than ‘bomb’; ‘friendly fire’ rather than ‘shoot our allies’; ‘regime change’ rather than ‘self-interested invasion’. Of course, it’s not just during active conflicts that the military and government use degraded language to manage people’s understanding; we hear and see it all the time. I’m reminded of a comment by the writer Alexander Cockburn: “They keep telling us that in war truth is the first casualty, which is nonsense since it implies that in times of peace truth stays out of the sick bay or the graveyard”.
Tim Rich

Maybe this accounts for such a uniform way of thinking.

Only if they start demanding the right to bear arms.

No, marketers should really learn to lighten up. Everybody knows puppy dogs, sunshine and lollipops are much more evocative terms to use to describe a fair, clear-cut and even-handed world far, far removed from the hysterical, free-for-all that is mass consumption. Seriously, it all comes down to whether or not you believe you have the right to defend yourself. Against anything. Here I don’t mean you have to land one on a marketer’s nose whenever you feel your privacy has been flagrantly invaded. In fact, an evasive or diversionary manoeuvre will also suffice. Putting the phone down on a telemarketer without hindering them further with an explanation, for example. Or slamming the door in a researcher’s face, remembering to have the good manners to smile politely in the process. Or giving that salesperson a chance to pitch their entire holiday offering before asking courteously how the deal works if you want to bring along your three-legged pony. Whether virtuous or vicious, your instinct to protect yourself proves that your natural defence mechanisms are not vestigial, which means the greater environment you inhabit is not tame, but volatile if not hostile. It’s a kind of principle that entire ecosystems live by. So, if you are a marketer, or even if you aren’t, don’t go naked into a hot zone. Pack a piece. Hooah!

It’s a valid point, and let’s not forget ‘campaigns’ while we’re at it, or phrases we’ve all heard used, such as ‘we’re advancing on all fronts,’ or ‘we’re involved in a battle for share’.
Is it a cause for concern? Not sure. Presumably, it’s a dramatisation of the way that business feels in a capitalist economy, namely that not everyone can succeed simultaneously, and that one side’s success has to come at someone else’s expense because markets can’t just endlessly expand to keep everyone happy.
Martin Lee

Editor’s note: This voxpop also reminded Martin Lee (above) of an article he wrote a while back, which happens to be on a similar theme. We’ve reproduced it here.

This may be my last stand. There’s only so much time I can spend holding out against them, so I’m writing to you now in case my worst fears are realised.

It’s best I don’t say exactly where I am, although let me describe it. I’m in a B&B, somewhere in the north of Scotland. I’ve chosen it really carefully. From my room on the top floor, if they try a physical approach, there’s only one direction they can come from (I think, well, at least I hope.) And if I see them coming, I can escape out the back way, down to the jetty where’s there’s a boat that I could try and make an escape from to the Orkneys, and from there on to the Faroes. I paid cash for the boat, so they couldn’t trace me that way.

I would give more details if I had access to a pen and paper and a stamp, but I don’t want to send that information by email, I’m sure they can track me down as it is, however often I delete my cookies. They’ve done it before. I know I’m only really playing for time, but all I’ve really got left is my pride, so every minute counts.

I know the last time we spoke, when I was in that public phone box in the Borders, you said that perhaps I’m being too defensive, and that perhaps I should fight back – you said attack is the best form of defence. Don’t think I haven’t thought about that, but what would I attack with? It’s not an equal fight. I don’t think you have cottoned on to how ruthless these people are. It’s impossible to resist. It’s why I’m staying in an unbranded B&B – it delays the inevitable. And this town in Scotland is not one of their key Mosaic clusters, so I may be able to hunker down here for a little while longer.

So, darling, I know you think I’m being paranoid, but believe me, I’ve been targeted. I know I have, I overheard them when they thought I wasn’t listening. Micro-targeted no less. Apparently, I’ve been in their crosshairs several times already, and only just escaped. I zigged when they thought I’d zag, using my only remaining tactic, the unpredictability of being a human. But even so, I can virtually feel the bullseye on my chest. “The dead centre of their target segment.” Dead centre: you don’t forget those words in a hurry.

I know you say that I’m being ridiculous, and they are only manufacturers of small consumer products, but that’s easy for you to say. Once they find a chink, it’s all over. One day, it’s a simple device for descaling the kettle, the next day it’s your soul. There’s no middle ground. So, if this all ends badly, and they find me up here and I can’t get away, please say goodbye to the kids for me. I love you all.