What does it take to win a coveted D&AD pencil? Bert Preece went along to the recent 26 x D&AD event, Writing Award-Winning Words, to find out. 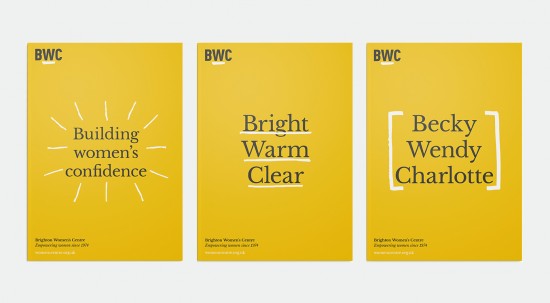 Like children lining up for a school assembly, an orderly line of writers slowly edged its way into the edgy D&AD building in Shoreditch on Monday 8th October. Most were there to find out: “What does it take to win a pencil?” (Although, as Fiona Thompson joked early on, the free wine was probably a big draw for some too!)

The kind of pencils we’re talking about aren’t the kind of pencils you’d find in a school, however. In fact, they’re also very big – more like a trophy. And you only get given one by D&AD if you do some amazing creative work. So, who better to host the event than 26 members/board members and D&AD judges Elise Valmorbida, Fiona Thompson and Mike Reed? Here are a few of the tips they shared on the night.

It takes time and money to enter these things. (Although check the discount code at the bottom of this post.) But if you actually enter, you’ve made it far further than some. Also, some categories require several days of judging, whereas the Writing for Design category judging takes just one day. So, put simply, go for it. The odds are attractive.

But please, have a good go at it

Imagine spending a day judging words. You’re looking for something that stands out. And quality, not quantity. Elise, Fiona and Mike encouraged people to make their entries work hard. They suggested one way of doing this is by not entering the entirety of a campaign, but the highlights instead – the work you’re really proud of.

They also suggested thinking about using different media to share your story too. One of the previous award-winners shared several videos on the impact of their naming project – changing the name and title of the “London Olympics Volunteers” to “Games Makers”. Commanding.

Get verbal and visual to duet

One of the other entries Elise, Fiona and Mike shared was the Government Website project, where the whole thing had been re-written in a super clear, concise way. People in the audience acknowledged how it was a great UX (User Experience) project too.

The message was simple. Even if design is minimal in your entry, making sure your words sit alongside some effective visual work makes a big difference. The hosts also shared some other beautiful work, including Nick Asbury’s Dear World… Yours, Cambridge campaign.

… but not with typos, or as Elise, Fiona and Mike called them, “typoos”. (I’m going to use this term from now on!) Our hosts shared a powerful campaign by Baxter and Bailey and Kate Van der Borgh for Brighton Women’s Centre. And lastly, a couple of self-promotional bits. Take note: you can enter this work too. This book by designer Simon Griffin is a best-seller and Joe Coleman’s copywriting website is very memorable.

If you fancy your chances for the 2019 D&AD awards, you can enter here from 1 November. And if you email awards@dandad.org and say you’re a member of 26, you can get a fabulous 26% discount on the entry cost too. Good luck!