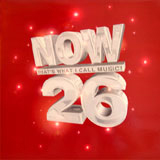 26 in song lyrics, poems and prose

If only member’s group 26 was called Zero. There are lots titles with names like ‘Godzilla versus Monster Zero’ or ‘Zero the Hero’. Sadly, songwriters and lyricists have largely overlooked the number 26. However, a few digging 26ers have struck gold. Andy Hayes leads the way with ‘I’m waiting for my man/Twenty-six dollars in my hand’ from Velvet Underground. See where else the number 26 gets the attention it deserves.

The obvious one (for me) is Philip Larkin’s ‘On Being Twenty Six.’ Characteristically, it starts depressing and gets worse. Opening canto:

I feared these present years,
The middle twenties,
When deftness disappears,
And each event is
Freighted with a source-encrusting doubt,
And turned to drought.

Can’t come up with 26 in any song lyrics…will kick myself but look forward to seeing some. All I could think was an alternative stream of ‘songs that might have been,’ like Gene Pitney’s ‘26 Hours from Tulsa’ in which a travelling salesman settles down for a quiet drink in a hotel bar.

I also couldn’t think of any. The internet yielded a few questionable titles, such as ‘Bad Girls: 26 Writers Misbehave’ or ‘Twenty-Six: A Powerful Meditation on the Pursuit of Pleasure.’ Hmmm.