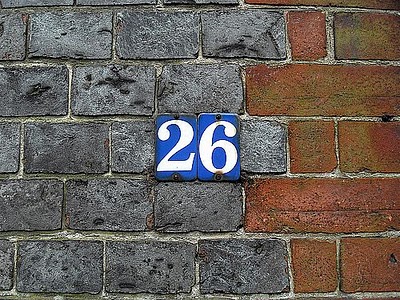 A personal perspective on 26 from Rob Self-Pierson, who played a leading role in this year’s 26 Treasures project.

26 is here to inspire a greater love of words, in business and in life. I read business visions and values and beliefs and missions every day. It’s rare that one speaks as honestly as this.

A few months ago, 26 invited me to join the Board. I’m now proud to be one of a team of excellent writers and creative people from around the country (they’re excellent, I’m learning). 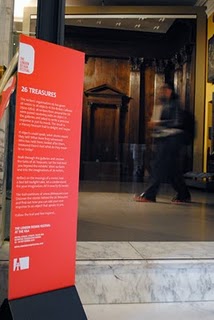 2010 has been a big year for the organisation. We put on an exhibition of words in the British Galleries 1500-1760 at the V&A in September, as part of the London Design Festival (LDF). We worked with the International Visual Communications Association (the IVCA) to create 26 Seconds – a collaborative project between writers and filmmakers (also for the LDF). Membership grew to over 300. We redesigned our website.

And we planted seeds that will grow in 2011. Like 26 Flavours of Cornwall – an exhibition in the South West that will celebrate local food, drink and creativity. And 26 Treasures 2011. A bit like this year’s exhibition at the V&A. Except bigger. And a bit different.

People around the country are talking about 26. Actually, around the world – after our appearance in a Chinese magazine’s review of the highlights of the LDF last week. There’s a buzz. We’re doing our best to promote that greater love of words, in business and in life.

For that money, people get the chance to work on projects with the V&A, the London Design Festival, the British Library, the Scotch Malt Whisky Society, International PEN, London Underground. And soon others, who we’re partnering with as I write.

Join 26 and you’ll visit a world of words. Become part of that world and tomorrow your words could be visiting some beautiful places and meeting some wonderful people.