A good book is a holiday essential. So we asked 26ers what they’ll be packing in their suitcase this summer. Sarah Farley’s taking flash fiction and short stories. Giles Calver’s opting for the sad but uplifting Stoner. And Sara Sheridan thinks The Letter for the King, Dutch fantasy novel for children and the Calzet Chronicles is the winning combination.

I had it in mind to get round to recommending Beautiful Ruins (no barb intended) by Jess Walter for holiday reading. It was a recommendation from Richard Pelletier last summer. It’s a moving story and well worth reading for the wonderful cameo of Richard Burton while filming Cleopatra on location in Rome in the 1960s. I laughed out loud at his take on Sir Larry the acTOR. 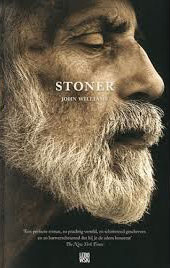 I’m sure I’m late to the party with this but I’ve just finished Stoner by John Williams. Beautifully written, sad but at times wonderfully uplifting. One of those books you wish you’d written.

Don’t let the Bastards Grind You Down by Robert Sellers

Richard Burton, Richard Harris, Peter O’Toole and Oliver Reed – drunken revels in filmland. The riveting stories of four of the finest drunks ever to stagger onto a film set.

Star; The Life and Times of Warren Beatty by Peter Biskind

For me, this year is all about short stories and flash fiction, so my summer reading stack reflects this and includes some of the best short story writers around today. I’ll be reading Stuart Evers’ Ten Stories About Smoking, Adam Marek’s Instruction Manual for Swallowing, Robert Shearman’s Everyone’s Just So So Special, David Gaffney’s Sawn-off Tales and My Mother Was an Upright Piano by 26er Tania Hershman. Phew! 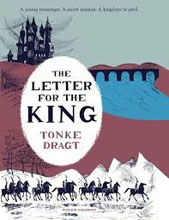 The Letter for the King by Tonke Dragt

My summer read is The Letter for the King by Tonke Dragt the classic Dutch fantasy novel for children which has just been published in translation by Pushkin Press.

I am also addicted to the (more grown up) Cazalet Chronicles by Elizabeth Jane Howard – a mid-20th century English family saga series. As a piece of riveting storytelling combined with detailed social history the chronicles tick lots of boxes for me and they are so good I’m rationing them.

What I Love About Movies

I’m a big fan of the film magazine with a great graphic design heart, Little White Lies. I’ll be pre-ordering their book What I Love About Movies. Fifty film icons, 50 declarations of film love – what’s not to like about it?

Re-reading Mrs Dalloway led me to Virginia Woolf’s Second Common Reader. A great little book to dip into. Her essay on Gissing and Sidney’s Arcadia are current favourites. I bought a second-hand copy which turned out to have been printed in 1944…it came with a wartime apologia for its thin paper etc. That made my heart skip a beat as Woolf was plunged into her final despair by the impending war.