about breaking rules, knowing your characters inside out and how to avoid writers block the second time around. 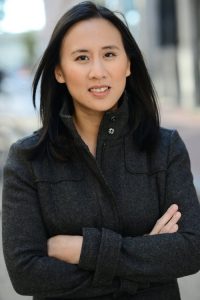 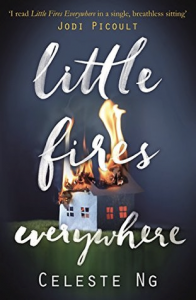 My 25-year-old daughter gave me Little Fires Everywhere for Christmas. What a great present that was. Your novel is set in pristine suburban Shaker Heights, Ohio. It revolves around two disparate families and touches on several themes, including the intense bond between mothers and daughters. Why this location and theme?

I grew up in Shaker Heights, from age 10 until I went to college, and after I’d been away from home for about ten years I started to look back on my time there. It was a lovely place to grow up, but from that distance I could see the things about it that were unusual, as well as the things that were wonderful. So I started with the idea of two families, one born of the community and the other from outside it, and how they might both entice and disturb each other. That’s how the Richardsons and the Warrens came about.

As the families became entangled, I realised that much of the story revolved around mothers, and that there may be a difference between the mother you’re born to and the mother you choose. That thread pulled the two families together and unraveled them at the same time.

Another theme you explore is rules. Is there always a right way? Or sometimes, is there just a different way? Life is messy. Your main protagonist Mia Warren is an artist who eschews rules and follows her gut. While Elena Richardson lives by them; rules are her bible. What’s your view on rules?

I’m a rule-follower by nature, but when the rules don’t make sense I take unseemly pleasure in breaking them. If the rules have a reason, that justifies their existence, but following them just for the rules’ sake has honestly never appealed to me.

Your book leaps around chronologically, is packed with sub-plots, interconnected characters and is told from an authorial view where every character gets a say. How did you plot out this smooth-to-read but complex structure?

For me, writing is like planning a road trip: you know the big locations you plan to visit, and you maybe have part of a route in mind, but as you travel you may take a different road or even change your itinerary as you stumble across new and more interesting places. So I had my rough map—in other words, I knew what the big events of the novel would be—and that guided me through, with lots of excursions and deviations along the way.

What helped the most was that I’d spent a long time thinking about the characters before I ever set a word on paper, so I had a clear sense of who they were and what their histories were from the moment I started writing. And when you know someone’s life story really well, it’s easier to understand why they do the things they do, and to predict how they’re going to act in a given situation—which is basically what plot really is.

Bestselling author Joe Hill praises your book as having “the irresistible pace of an expertly tuned thriller and the observational brilliance of lasting literature.” I couldn’t agree more. What was the most challenging aspect to writing this gripping and thought-provoking novel?

One big challenge was getting the setting right—Shaker Heights is really a character in the book, and as I mentioned, it’s also my hometown, so I wanted to give it a loving yet honest portrayal. I wrote most of the Shaker Heights parts from memory, and then went back to check my work, so to speak, by doing research to make sure I’d gotten the details correct. So all of the facts about the community are as accurate as I could make them—the street names, the history, the advertisements and slogans. I changed a few details here and there—I made up a health clinic, for instance—but I wanted a reader who didn’t know the city to be able to see it clearly. Which takes a lot of research, and is why I’m immensely grateful for the librarians, books, and websites that guided me.

You lived in Shaker Heights for several years before going to college. As a woman of colour and a child of immigrants in mostly white Shaker Heights, you grew up being different. How much of your character Pearl, who is good at telling stories and feels like an outsider, is autobiographical?

Pearl is largely a manifestation of what I’d do or say if I were bolder and less concerned with being nice. I did a few of the specific things Pearl does—hanging signs and poems in the hallways, wearing big black boots and being surly to my parents—but she’s quite a bit wittier and sharper and more fearless than I was as a teen.

I should clarify that Shaker Heights is actually quite racially diverse in terms of black and white—when I lived there it was almost evenly split between black and white. It just so happened that I fell into the 1% other, so as an Asian, I did feel like a third party in many of the discussions about race.

This is your second book. Your first book Everything I Never Told You was hugely popular, including being named Amazon’s 2014 book of the year. How did the success of that book affect your writing of this one?

I was so stunned by and grateful for the reception Everything I Never Told You received. In fact, I still am. When writing it, I was nervous about how it would be received, so to trick myself into writing it, I told myself no one would ever read it. The second time around, it was a bit harder to pretend that! So when I sat down to write Little Fires Everywhere I tried to think of the readers as having given me a vote of confidence, and hoped that they would trust me enough to come along to this new place with these new people. I tried to think of it as motivation rather than pressure.

Apparently, you wrote an essay called Why I Don’t Want to Be the Next Amy Tan where you say that Asian writers should not be pigeon holed. Who are some of your favourite writers? What books are on your bedtable?

On my nightstand right this minute: Rebecca Solnit’s Hope In the Dark, on holding onto hope in difficult political times; an advance reading copy of A River of Stars, a debut novel by Vanessa Hua;  a copy of Grimm’s Fairy Tales; and, I have to admit, a cooking magazine. (I like to cook.) Some all-time favorite writers include Arundhati Roy, Elizabeth Strout, Toni Morrison, and Ann Patchett. And on vacation I will always take a Dorothy Sayers Peter Wimsey novel with me.

I love to make things—my husband says I apparently must be creating something at all times! So beyond the usual answer of reading and binge-watching TV, I’ve got a number of nonverbal hobbies: crocheting, painting, cooking, and fixing up things around the house—my dad taught me to be handy and I actually enjoy it.

I’m actually going on a writing retreat with some friends tomorrow (if the weather allows!) to try and get started on a new project. I’ve got a couple of ideas that I’ve been mulling over and researching and now it’s time to start putting some words on paper and see if these ideas have any legs.