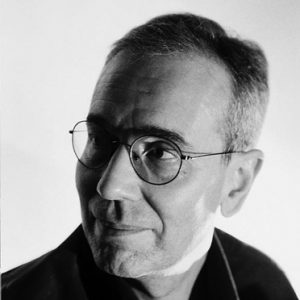 John Simmons is a founder-director of 26, and widely regarded as the person who set the current tone for tone of voice. His three books have been described as ‘manifestos for every writer in business who wants to be a better writer’. So when Cyan Books decided to republish ‘We, Me, Them & It’ and ‘The Invisible Grail’ in a common format to 2004’s ‘Dark Angels’, it was only fitting that the launch of the trilogy should be the first 26 event of 2006.

Hosted by Elmwood at their swanky new offices in Soho, the evening kicked off with a spirited introduction by 26 co-founder Martin Hennessey. John then read extracts from his two republished books, including the revised preface to ‘The Invisible Grail’, which seemed to sum up his overall message.

“My concern is unusual. Of course, like any author, I want to find readers. But my overriding concern is to find writers. I want people out there – you, dear readers – to read this book but then, more importantly, to think “yes, I can now be a better writer because I want to be”.

“My quarrel with books like those by Lynne Truss and John Humphrys, proudly proclaiming a zero-tolerance approach to ‘bad English’ and bad grammar, is that they do not encourage people to write. They inhibit, they instil fear and they undermine confidence; obsession with ‘correctness’ works against the constant evolution that has been the greatest strength of English as a language. Dullness, particularly when enforced by pedantry, is the subtlest enemy of effective communication in business. Look at the examples around you and yawn. Playfulness with language sometimes involves breaking the ‘rules’ of grammar, and I want to instil a sense of fun not fear. If people enjoy writing more, they will get better at it. So, please, read on. And then, please, write on.”

He also put the books in the context of what has happened since they were first published – notably the rapid evolution of 26, and its aim to draw attention to the neglected role of language in business.

With drinks, canapés and delightful waiting staff provided by The Writer, the evening was a suitable celebration of John’s work. If you didn’t own his three books already, you probably would have by the end of the night. Cyan publisher Martin Liu’s eight-year-old daughter, salesperson extraordinaire, would have seen to that.