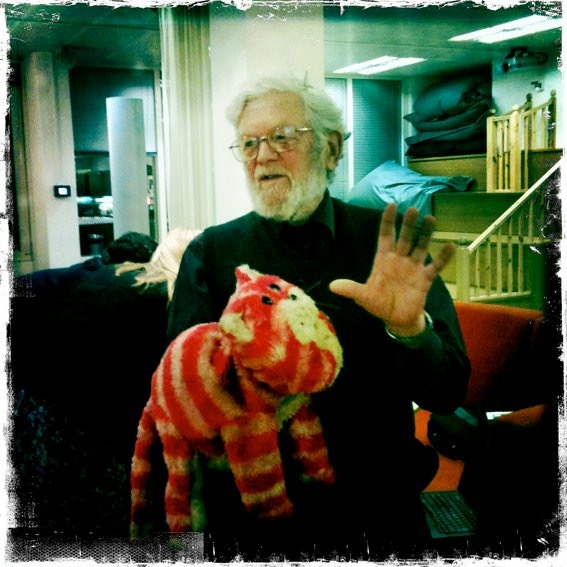 Peter Firmin, creator of Bagpuss, Igor the Engine and Noggin the Nog, sadly passed away this month. But his work, loved by generations of viewers, will certainly live on. John Simmons reflects on Peter’s abundant creative talent and what it was like to collaborate with a brilliant craftsman. 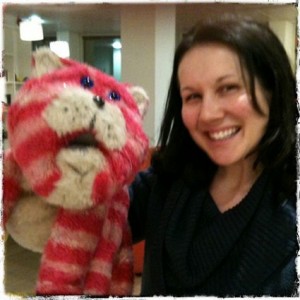 I’ll miss Peter Firmin. But at least his work lives on: the Clangers, Noggin the Nog, Bagpuss. They’re still being watched by new generations of children. The characters, the stories, the illustrations live on.

When I heard on the news that Peter Firmin had died earlier this month, aged 89, I had many memories of him. His TV programmes were a student cult in my university days; there was such wit and wisdom in the ‘Small Films’ created by Peter and Oliver Postgate. Of course when I had children, I was only too keen to pass on my love for these quietly funny, gently subversive works. They simply make you feel good, as a child or an adult.

Working at design company Newell and Sorrell in the 1980s I led the team that designed two sets of Greeting Stamps for Royal Mail. We decided as our theme to feature characters from children’s literature. In the first set we decided to put Noggin on a stamp; for the second set Bagpuss was one of our choices. Ringing Peter and Oliver to sound them out was one of my career highlights. Peter’s work was exquisite on those stamps. In a small way that project helped restore the works of Postgate & Firmin to high national affection. A few years later Bagpuss was voted the nation’s favourite children’s character. 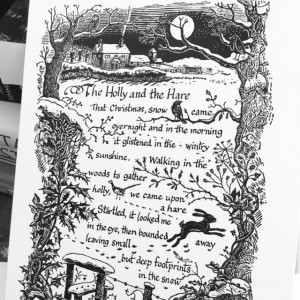 Meeting Peter was a joy. He was a lovely man, gentle, respectful, with a constant twinkle in his eye, a brilliant craftsman in many media. What a joy to collaborate with him on some projects – for example, to write the words for a WH Smith Christmas card that Peter then illustrated with a beautiful engraving (pictured).

He became a friend; a friend I could invite to give a talk to 26 members about ten years ago. My daughter Jessie was there and she took the photos shown. “So pleased to have met him,” she told me yesterday. If you were there as a 26 member (many of you were) I know you’ll remember an entrancing evening in the company of Peter and his creations.

And I remember vividly the queue that formed of 26 writers waiting for the chance to hold the original Bagpuss. Just a saggy old cloth cat but everyone loved him.