One of the world’s bestselling writers at Wordstock 2016

We’re absolutely thrilled to announce that Victoria Hislop will be speaking at this year’s 26 Wordstock festival of words on 15th October. It’s a fantastic chance to meet a famous writer with a fascinating writer’s life.

A life that in many ways was like that of many 26 members – Victoria worked in publishing, PR and as a journalist before becoming a novelist. She even worked with 26 Board member Sue Evans at Wolff Olins so she knows the creative industries well. She read English at Oxford University where she met her husband Ian, editor of Private Eye and TV broadcaster.

Victoria is now one of the most widely read and best-loved novelists around. Her first novel The Island was No.1 in the Sunday Times bestseller charts for eight weeks and sold 2 million copies worldwide. She was Newcomer of the Year at the Galaxy British Book Awards in 2007 and won the Richard & Judy Summer Read competition. 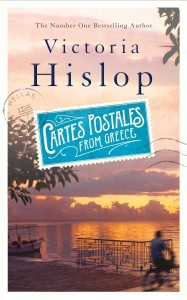 She’s had growing success with her following novels The Return, The Thread and The Sunrise, all bestsellers. Her books have been translated into more than 20 languages. In September her new book Cartes Postales from Greece will be published, so 26 Wordstock will be one of the first public opportunities to hear her talk about her latest work. Cartes Postales is described as ‘exquisite and extraordinary’, fiction illustrated with photography by Alexandros Kakolyris. It’s a ‘moving, surprising and sometimes dark tale’ about Greece, a country and a culture that have become central to Victoria’s life and fiction, as she now divides her time between England and Greece.

How did this happen? How has she ‘perfected her knack for describing everyday Greek life’? Where does this inspirational storyteller find the inspiration for her stories? At Wordstock, she’ll be in conversation with us so we’ll have a wonderful chance to find out the answers to these and other questions. 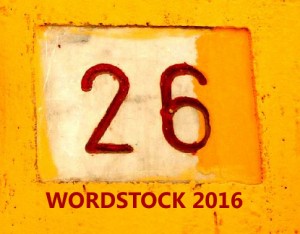 “This is a book conceived under Greece’s unique light, a light that Victoria wanted me to capture. Her imagination is unstoppable but when a story was being born in her mind, she stopped, took out her notebook and made notes. That would be the moment when I would have to try and perceive what she was seeing.’ Alexandros Kakolyris