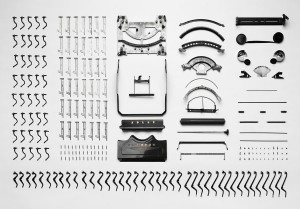 This year we’re looking at Wordstock in a different way. Rather than putting all our efforts into one big-bash day, we’re launching ‘Wordstock Deconstructed’. We’ll be running a number of things spread out over several months, so you’ll get a good mixture of events, talks, and workshops.

We already have two lined up. First, we’re delighted to announce that Rob Williams will take part in a Q&A session. Rob has written for EastEnders, Chasing Shadows, and was lead writer on the second series of Man in the High Castle.

And 26er Roshni Goyate will be talking about The Other Box – an initiative to give more prominence to BAME writers in the creative industries.

We’re keen to hear from you, too. What would you like to run yourself? And where? And when? We’ll need volunteers. But the focus is on small and often, so anything you suggest shouldn’t be a huge undertaking.

We look forward to hearing from you. Please send your initial ideas by the 17th March to admin@26.org.uk