We think so. In September, on the lead up to our 10th anniversary, we were on the look out for a writer to produce a short history of 26. Justina Hart told us why she was the writer for the job. We couldn’t agree more. 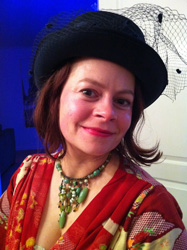 1. Because I’d like to say thank you and give back. 2. Because I have wonderful memories of trotting off to the Globe for a book launch. 3. Because this year I’ve had to do much scribing about further education policy and would give a painted fingernail for a more electrifying challenge. 4. Because 26 has allowed me to do things I never thought I’d do, like write a children’s picture book or run a half-marathon (although perhaps the latter was my idea). 5. Because I’ve made some lovely friends through 26. 6. Because I’ve scribed numerous 2,000 word-ers, from a piece on the history of TV for the Times Ed. Supplement to a paper about creativity and age for Arts & Business (okay, that one was a bit longer: I white-lied). 7. Because I’m too shy to have bent the ear of more than a couple of the 26 founders in the span of almost a decade – this way I have no choice but to ask them a question or two. 8. Because I once spent a day riding the Metropolitan line while listening to a recital of Betjeman. 9. Because while I’ve been involved in Common Ground, the Children’s Book Project and 26 Treasures of Childhood, I’d love to know more about 26 Letters, 26 Malts, Bard & Co… 10. Because I discovered part-way through writing an essay about Will Self and the M40 for Common Ground that I once lived in the same house as Will in Tiddington, near Thame (although clearly not at the same time). 11. Because I now have a clearer idea of what my words are worth. 12. Because I joined 26 in 2004 or 2005 when I was a commissioning editor and features writer at newspapers like the Guardian to find out about this strange country named copywriting, and I’m still travelling there. 13. Because I know this isn’t (probably) going to go in Wikipedia but I secretly quite fancy being a word geek, and Wikipedia doesn’t have nearly enough female writers. 14. Because this is so cool: http://www.collinsdictionary.com/submission/1094/sestude and because I’ve taken the sestude into creative writing workshops in primary schools. 15. Because I love working at the interface between words and visual media, and 26 pulls projects like that out of hats. 16. Because I never held my celebratory Common Ground event due to a family wedding and a funeral, and would like to atone. 17. Because I’d like to get to know the new generation of 26ers. 18. Because 26 does things democratically so everyone can get involved. 19. Because I’ve written news and features articles, essays, stories, a play, a novel, a collection of poems, a non-fiction book etc. etc. but I’ve never written a history of 26. 20. Because, while 26 always makes a good-looking book/exhibition/event/pamphlet with lashings of style, depth and breadth of wordsmithery remains king. 21. Because I love interviewing people (my favourite ever interview was with Janet Leigh, who called collect from Beverley Hills at 2am when I was half-asleep). 22. Because I’d like to go behind the scenes and find out if anything ever went wrong and how those clever people at 26 made it all turn out fine. 23. Because chewing the fat while slimming down words with 26ers have been some of my happiest times in London. 24. Because I squeaked like an ecstatic squirrel when paired up with Tufty the road safety varmint. 25. Because October’s my favourite time of year to celebrate because it’s my birthday. 26. Because one of my favourite books of all time is Ella Minnow Pea, whose plot-line hinges on the pangram, ‘The quick brown fox jumps over the lazy dog’. 27. Because 26 is a nice number divisible by two, and because I started off with a list of 40 and it’s been impossible to chop it down to 26.