News and views from you

26ers have had another great month, from published adventures to screenplay awards and a hunt for the best water skier 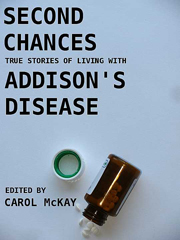 A book of life

In 2010, I almost died of a rare, life-threatening condition. In November 2012, PotHole Press e-published my anthology of life-writing by 16 people from around the world who refuse to let this illness ruin their life. Second Chances: true stories of living with Addison’s disease is out on Kindle and Kobo. Carol McKay

I am currently working on a crowd-funded book for Unbound called The Best Water Skier in Luxembourg: Tales of Big Fish in Small Ponds. It’s a travel book in which I’m tracking down hidden and obscure stories. In the first chapter, which is already available for download, I recount my adventures in Luxembourg trying to find the best water skier. Please consider supporting the book or forwarding the project to anyone you think might be interested. Keith Kahn-Harris

On Sunday I went to the Monaco Film Festival and picked up the Angel Award for Best Adapted Screenplay for my family adventure feature film script Compass Murphy, adapted from my own novel of the same name. Stephen Potts

In a civic reception at the magnificent medieval Blackfriars Hall, Norwich celebrated becoming the first English UNESCO City of Literature. Packed with so many proud citizens, it was a wonderful atmosphere. Newcomers and natives alike are immensely proud of our fine city and its tradition of independent thinking and writing for many centuries. Jane Chittenden