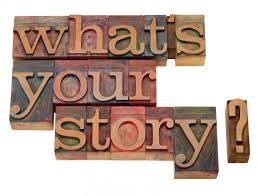 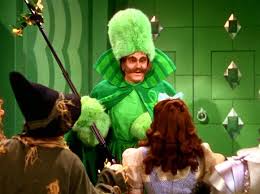 Fancy being a word-wizard in Oz?

Last year I had the honour of being a D&AD judge (Writing for Design). Apart from seeing wonderful contemporary work in a kind of blessed quarantine, it was a delight to deliberate and debate with other creatives from all over the world, with the guidance of our most excellent foreman, 26er Mike Reed.

One of my co-judges was Mike Rigby, a lovely guy from Oz. Actually, he’s English. And he’s Creative Director at Interbrand. We’ve stayed in touch since our D&AD stint and that’s why I know that Interbrand are looking for a writer. Might you be tempted? I won’t say one single word about the beaches, the sunshine or the quality of the coffee.

Hello, we’re Interbrand Australia and we’re looking for a writer to join our team.

In a nutshell we’d love to work with a talented, good-natured writer who loves big ideas and the small details that bring them to life.

In a bigger nutshell, we’re looking for someone who can use language to solve business problems in creative ways. Who’s comfortable tackling a big brand idea, but just as happy to crack on with everyday stuff. Someone who understands the basics inside and out, but isn’t afraid to break the rules every now and again. To put themselves out there and try something new.

We’re looking for someone who has worked in branding and has experience leading a small team. And all the usual stuff – a keen eye for detail, killer presentation skills, organised, good with clients and, of course, someone who’s easy going and knows how to have a bit of fun.

A bit about us:

Our writing team works closely with our talented designers and super smart strategists, throwing ideas around and working together to solve our clients’ problems. From naming and messaging to big brand voice projects, there’s always something interesting to keep us occupied. See what we’ve been up to lately. 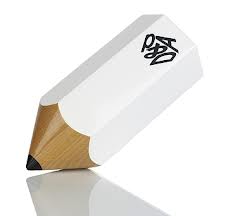 I was just invited to be part of the D&AD New Blood Pencil Panel, hopefully helping young creatives progress their careers. (Which sounds ludicrous to me, given my rackety career progression, but there you go.)

I’d be quite interested to hear what other copywriters felt would be useful nuggets of advice for aspiring creatives, and especially aspiring writers. Perhaps the membership could be invited to send me some? I could even do a little Tumblr or something. Anyway, seemed like the sort of thing 26 might be interested in. It’s usually just designers.

The poet Marion Angus was stereotyped as ‘an elderly spinster who communed with fairies’. I’ve challenged that perception, in Blackthorn, a novel which shows her strength of character; her perceptive and challenging nature; her sense of duty and steely determination. Self-published with the help of Duncan Lockerbie of Lumphanan Press.

Other than plans to move to Dulwich in February, we’ll be bringing out the next issue of Fuselit magazine at some point this year

I’m launching 12x12x62 Stories and Pictures early in 2014. This is an Instagram & writing project. Pictures and stories from Cairo, London, Tel Aviv, Seattle, etc. Members of 26 are involved. 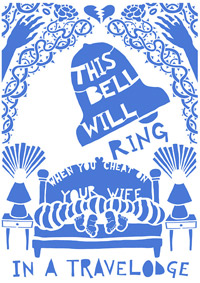 In case it’s of interest, this was something I’ve created with some friends… a loving parody of the illustrator Rob Ryan.

OK. You are allowed a maximum of 5000 characters; not words, characters. You need to compose in haste and post your manuscript. You are not allowed to edit. You will be subject to intense and instantaneous criticism. Your flaws will be exposed. Your style will be challenged, cruelly. Your knowledge belittled. Your parentage questioned. Welcome, to the wonderful world of Comment-is-Free mini-series writing.

Take it on the chin writers. The rewards are very satisfying albeit those that might delight the inner child within rather than in any material sense. This is an act of pleasuring, of offering gifts; and playing to the crowd and with the crowd. The worst response is just to be ignored; your work un-recommended; your creation un-replied; nada; nothing; the silence of the clams.

So what is this curious gig? I can only explain by example. I don’t watch much TV but I catch threads and accents of it drifting through the house to my writing corner. I heard good things about the Danish crime thriller ‘The Killing’ so I tuned in to BBC4 and saw soap but with rain, darkness and Faroese knitwear. I was hooked. The Guardian website was running a blog by Vicky Frost who posted a funny and observant resume of the main issues from each episode, every Saturday at 11pm. Then the CiFers took it over. Within minutes there might be fifty comments and with hours several hundred; some short, others detailed, profound analyses followed by comments on comments. The information flow, energy and erudition were extraordinary. It felt like being caught up in a whirlwind of words. After a week there would be over a thousand comments running into hundreds of thousands of words; the funny and the profane; the spiky and the spiked. The unseen hand of the Moderator was always lurking; the Judge Dredd of the digital media. Then a week later it would begin all over again until the TV series was spent and the commentators exhausted; a creative product with a roll call of millions of words in five weeks.

In the beginning, I just watched from the sidelines, simply trying to understand what was going on and to understand the points of view of the most strident or repetitive commentators. I got to know them as much as I got to know the characters in the TV script. Actors or avatars, take your choice. Then I was tempted. I just had to step in but not just to post a comment. There was a seam to mine here. The idea of a mini-series within a blog of a TV series took form.

In the final third series of ‘The Killing’ I started to write a mini-series ‘TK4’ set in the near future that would lead to a different outcome beyond the realms of the current series ending. In this metaphysical mash up I also decided to incorporate comments from commentators, current UK news, odd Danish words, fragments of Danish life, elements of the real TV plot (and its plot holes) but twisted into fantasy and, all set in the aspic of parody.

The rewards of the enterprise are generous praise for your creativity, joy in your humour, pleasure at your plot lines and wonder at your ingenuity. Commentators anxiously waited for your plots to come to fulfilment and wondered how you were going to tie all the improbable threads together in the final hurrah.

After ‘TK4’ I was encouraged by CiFers to participate in writing ‘BORGENGLAND 2014’ for the second series of ‘Borgen’, with five scene postings a week over five weeks. This led six months later to the last ever ‘Borgen 3’. In between the two series I attended a Guardian masterclass on film script-writing that articulated the process for writing a 90 minute film: the big idea; the structure; and then the dialogue. I thought that I should apply this to my spoof for the third series and initiated ‘BORGEN ABBEY’ following roughly the plot of the TV Borgen 3 but articulated through a mash up of Yorkshire based Downton Abbey style characters. The difficult bit was then relating that to my big idea. I had spotted the lust for power of the main Borgen character Birgitte Nyborg as being slightly Hitleresque so BORGEN ABBEY was then tastelessly themed to the rise of the Nazi Party in inter-war Germany!

I know this sounds crazy but it has been enormous fun. The interplays of plots, characters and themes on several levels all at once in a limited space at a mad timescale has been muscular. I recommend it.

Here’s the process in kit form:

2 Think up your mini-series idea and loose structure

5 Pick your moment and write your first episode

3 Entertain, tease and tantalise as much as possible in your writings

This article is exactly 5000 characters long