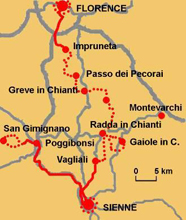 Draft 99 gets a Reading

I’m having a table read of my first feature film as writer/director this month – which means that, for the first time since I started plugging away at draft one (this is draft 99, I think) I’ll actually hear actors say the words…

So scary is this that I’m leaving the country the following day for Italy – planning to walk all the way from Florence to Siena. Less a pilgrimage than a pasta marathon.

Here are a couple of fun deeds done in the past month…
1. I really like Turkish author Yasar Kemal so I enjoyed Maureen Freely’s talk ’20th-century Turkish Literature before and after Orhan Pamuk’ on Sept 18 at the British Academy.
2. Equally fascinating was discovering on a walk through the souk in Doha, Qatar, not just the falcon market but a dedicated specialist hospital for the birds, the three-storey Souk Wakif Falcon Hospital with imaging and endoscopy departments! The birds cost between USD10,000 to USD20,000!

Tips from a Design Writer

As part of my mission to become more confident about the sort of writer I am and want to be, I built a website for my freelance work, which includes a Manifesto for Good Design Writing 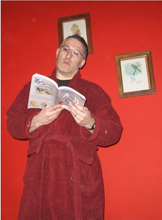 An Eye for an Eye

I’ve also commissioned my next kinetic typography story video, which will start production in October. If 26ers aren’t aware of the possibilities for fiction melding with kinetic typography, here’s a link to my first video called “Just Aphasia Going Through.”