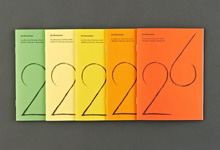 Here are some highlights from @26characters on Twitter this month…

Our very own #26characters @TheStoryMuseum has attracted over 2,000 tweets. Writers Mallorie Blackman (dressed as The Wicked Witch of the West) and Francesca Simon (as the Queen of Hearts) are just a few luminaries willing to dress and tweet for the sake of a good story. Stylist Magazine tweeted “Our ‪#26 characters exhibition features some of Britain’s best-loved authors as their style heroes.” Speaking of best-loved authors- Francesca Simon, who has sold more than 20 million copies of her “Horrid Henry” childrens’ books, tweeted the following: “So looking forward to @TheStoryMuseum party and official opening of #26characters! The character I’m attempting will be a poised author.” Later the same day, Simon tweeted “Oxford bound with my Mad Hatter @sbutlerbooks for opening of #26characters @thestorymuseum.” Simon’s profile states “writer who should be writing more and tweeting less”. #26characters is relieved to see she’s ignoring her own advice.

Frances Hardinge, children’s author and volcano addict, tweeted “now heading off to Oxford for a party where @malorieblackman will officially open @TheStoryMuseum’s fantastic #26characters exhibition.” Dressed as the Wicked Witch of the West (see scary image left), Blackman tweeted “the magnificent @TheStoryMuseum. I’ll be doing a video blog about today’s visit.” The enthusiastic Hardinge added “a small post babbling happily about @The StoryMuseum’s #26characters exhibition again. Seriously, it’s great.” Writer, runner and triathlete Michele Nicole tweeted “I hope it’s a real trollaballoo of a day. I’m so excited about visiting at the end of May (that) I may very well burst.” And 26’s John Simmons thanked Mole from the Wind in the Willows. “Mole showed me the joy of reading. And that showed me the joy of writing.”

My collection ‘Breaking Silence’ may or may not be studied as part of a new English A/AS Level Literature and Language syllabus, depending on whether Ofqual accredits the proposal, and whether it’ll survive being publicly criticised by the department of education…

I’ve re-launched my travel blog on London and beyond. Check it out here.

Writing for a living – a day for copywriters

Did you go to the Professional Copywriters’ Network Conference last year?

This year’s event is on Friday 26 September 2014 at the Haberdashers’ Livery Company in London, and it’s set to be even better. The headline speakers are Ogilvy head honcho Rory Sutherland, the first doctor of social media Dr Jillian Ney and 26 co-founder, our very own Tim Rich.

There’ll also be a Q&A panel and a choice of breakout training sessions on freelancing, tone of voice, writing headlines and psychology. You can find full details of the programme here.

Tickets are normally £345 + VAT, but as a 26 member we’ve negotiated a special deal that gives you £100 off. Enter the code VIP26 when you order your ticket online to get your discount. It’s a can’t-miss day for anyone who writes for a living.

Hoping to see you there! 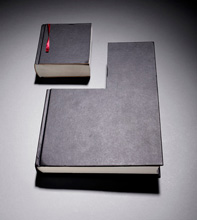 Fundamentals of the short story- love them, live them

Ready to write your first short story this summer? Join author, teacher and 26-er Barry Stewart Hunter for a one-week course at University of the Arts London from 18th – 22nd August 2014.

Besides progressing your own text at your own pace and discussing outstanding stories by big beasts like Munro and Maupassant, you’ll get to grips with practical exercises covering fiction fundamentals such as narrative voice, dialogue, description, and point of view – all in the fun, supportive context of a small, committed group.

It’s a great time for the short story, with the likes of Alice Munro and George Saunders scooping prizes at the highest level. Says Barry: “More and more of us want to read short stories – and to write them. The short form is ideal for our anxious times. It reminds us, at its best powerfully and beautifully, of the fleeting nature of happiness and indeed life.”

My book ‘As I Walked Out Through Spain in Search of Laurie Lee’ is out on 26th June 2014, the day of Laurie Lee’s centenary. There will be a free copy of the book to the first 5 members who email the name of Lee’s first daughter to me at paulddmurphy@gmail.com and signed copies are available from Pubslush.The British Library is running a season of Laurie Lee Centenary events, including a free exhibition, featuring the lost diary of the English National Treasure, a talk on Spain through British Eyes and a celebration of Laurie Lee on 26th June. 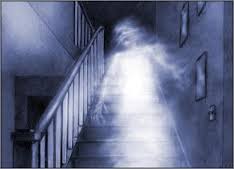 He was absolutely right, of course. For storytellers, there’s a special art in making the nerves jangle, the flesh crawl. That’s why we’re asking you to help us with 26 Ghosts, a project that will see writers and artists create 26 haunting works of art – all in time for Halloween.

How it will work

First, in a nod to the great oral tradition of ghost stories, 13 writers will tell each other about a spooky happening in their own lives. This might be something that has happened to them personally, or something they’ve heard from a friend – it doesn’t matter, as long as it’s said to be true. Then, inspired by what they’ve heard, each writer will write their own, brand new, ghost story.

When a writer has written their story, they will work with a visual artist of their choice. This artist will use the story to create a piece of art – anything from photography or short film to painting or sculpture. The stories and their corresponding artworks will then be unveiled online in the 13 days leading up to Halloween.

There are only three rules.

First, the stories should be no longer than 1,500 words.

Second, your stories can be funny, sad, bizarre… but they should still be designed to send shivers down the spine at some point. Even if it’s only for a moment, we want stories that will give us a chill.

Finally, and most importantly, each story has to contain a ghost. Sounds silly, but it’s sometimes easier to stretch the definition and write about, for instance, a ‘ghost’ as a memory. The whole point of the project that it’s very difficult to write good stories in this genre. So we want you to give us a ghost, ghoul, or other similarly spectral being. We don’t necessarily have to see, touch or hear it – for instance, we might only hear about the ghost through one of your characters, or we might only see the effects it has left behind.

How to get involved

If you’re a writer who wants to take part in the project, first make sure you know who would be your visual artist. Then email me at kbaxstar@hotmail.com before 13 June. Explain, in 200 words or less, why you want to take part. We’ll then pick 13 writers to take part, giving priority to those who haven’t yet taken part in a 26 project.