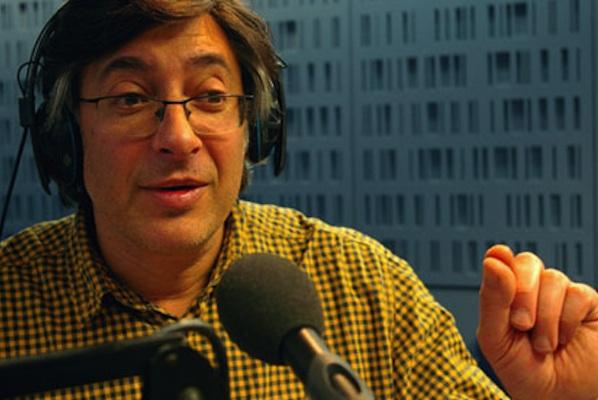 At Wordstock this year, three oral historians will reveal how audio recordings can aid writing and unlock life stories. Alan Dein is one of them. He’s an oral historian and award-winning radio broadcaster with a skill for encouraging people to take an interesting in the seemingly uninteresting. He talks to John Simmons about his inspiration and why he never uses the term ‘ordinary people’.

Alan Dein and I have history. When I was writer-in-residence at King’s Cross tube station ten years ago, he asked to interview me for a local history project funded by Camden Council. I enjoyed talking to Alan, soon discovering we had many interests in common; he has such a skill in encouraging others to talk by showing interest in lives that others show too little interest in.

Many years later I met him again at the King’s Cross Voices exhibition about people growing up in the King’s Cross area (as I did). By then Alan had deservedly become much more famous as an oral historian and broadcaster. He’d made several gentle, quirky programmes for radio, winning awards for them – Lives in a Landscape and Don’t Log Off, for example, dropping into people’s lives via the internet, often randomly. He’s absolutely opened up my eyes and ears to oral history, letting it become an important element of my own writing. So now I’m delighted he’s coming to talk to us at Wordstock on October 15th at the Free Word Centre in Farringdon. You only have to listen and you’ll learn.

Here are some responses Alan gave to questions I asked him recently:

What first brought you to oral histories?

My tutor on an American politics course at City of London Polytechnic back in 1980/81 turned me on to Hard Times: An oral history of the Great Depression (1970) by Studs Terkel. It’s an enduring classic.

Was there an event or person in your family background that triggered your interest in people’s stories?

My grandparents – for opening a window into the life and times of the old ‘Jewish East End’ during the inter-war years. But it’s actually what they didn’t talk to me about that really intrigues me now. Perhaps one of the reasons why it’s easier to interview other people’s families…

How did you first get to work on radio?

A friend of mine who is still a BBC radio producer suggested that I should have a go. It was 1995. Up till then most of my oral history interviews were primarily recorded ‘for the archive’ rather than ‘for broadcast’. The first programme that I actually presented was recorded at a Day Centre for Jewish Pensioners in Stepney.

Do you think we should value the stories of ordinary people more? Why?

I don’t ever use the term ‘ordinary people’. Perhaps I’d say “people who are either rarely, or perhaps never interviewed”. There are too many reasons why we should value the recordings, but let’s begin with the experience of the telling and the listening for both the interviewee and interviewer.