Have we got an event for you 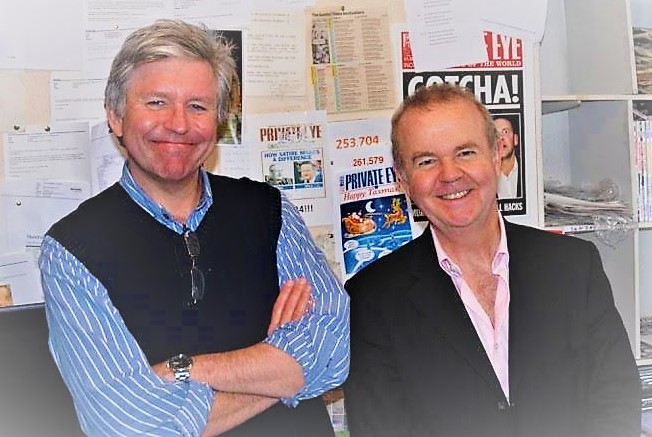 In our event Writing Together, Ian Hislop and Nick Newman will share a rare glimpse into 30 years of their writing partnership. Sophie Gordon gives five reasons why she’s going to bag herself a ticket and why you should too.

The nights are drawing in, I’m tantalisingly close to breaking out my beloved jumpers to ward off the increasing chill in the air, but 26’s event calendar is heating up for autumn. First up: Ian Hislop and Nick Newman on Wednesday 3rd October.

In this one-off event, they’ll talk about how they write together, share the odd pearl of wisdom for budding collaborators, and provide a glimpse into their practical ways of working and daily routines.

If you still need some convincing, here are five reasons to buy your ticket now.

1) When it comes to collaboration, these guys know what they’re talking about.

They’ve collaborated on Spitting Image, written for Spike Milligan, numerous BBC commissions, and now their own plays. In 2013 The Wiper’s Times was shown on BBC2 and they subsequently re-wrote it for the stage where it’s been almost constantly on tour for the better part of four years.

2) You’ll get some answers.

Along the way, we’ll ask them questions such as: What makes for a perfect writing partner? How much fun do you actually have? Who’s the boss? Can you be a collaborative writer when you’re an introvert? How do you find ideas? How do you settle on an idea? What’s the best idea you’ve let go of?

3) There’ll be something for everyone.

This event is aimed at anyone interested in writing and the process of writing. You might be a single freelance writer looking to collaborate. You might just be interested in language or fascinated by how ideas are developed between people. You won’t be disappointed.

Towards the end of the evening, for those interested, we’re going to create instant writing partnerships. Names will be drawn out of the hat and audience members will be paired up and given a subject to collaborate on. So you might even leave with a better idea of whether writing collaboratively is for you.

26 members – £15 (You lucky bunch)
General tickets – £20 (Feeling generous? Offer £5 off this ticket to friends and family using the code 26friends)
Students – £5 (Just remember to bring along your student ID on the night)

Event co-hosted by 26 and Creamer&Sundt