In her memoir of 50 years in publishing, Stet, Diana Athill describes the disorganised life of the novelist Jean Rhys: “Jean’s finances were, by a miracle, kept in order by an accountant recommended by Sonia [Orwell] on the grounds that he liked good writing and drank a lot.” This was Michael Henshaw, the famously unorthodox London accountant who specialised in “difficult cases involving creative people”.

Henshaw waged a one-man crusade against what he saw as the unfair treatment of artists and writers by tax inspectors. He insisted that the arts made a substantial contribution to the economy and, as far he was concerned, for a poet to go on a walking tour of the Lake District was just as valid a business expense as a visit to a factory by a businessman – a concept the Inland Revenue had trouble understanding. But many artists and writers were delighted to discover someone who appreciated what they were doing and was prepared to take on their financial problems, and his reputation quickly spread.

I stole this extract from an obituary in The Guardian (October, 2007). It’s because here at 26 we’re offering you a very special training session delivered by Christine Styrnau of Valentine Ellis, specialists in accounting for creatives.

Christine has always worked for artists, writers and other expressive types. She knows everything you need to know about freelancing, limited companies, expenses, tax, VAT and HMRC. And – STOP PRESS – the new legislative changes which come into effect this April. That’s soon!

If you’re self-employed, freelancing or the director of a PSC limited company, this Trade Secrets session is not to be missed. Book your spot for Tuesday afternoon, 9th February 2016. Start the new year by detoxing your tax – and make the most of your hard-earned income.

Your call to action: email training coordinator Rachel Marshall. She’ll tell you what you need to do in order to secure your place.

After this training session, you’ll have a better understanding of: 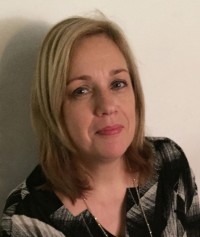 For more than 30 years, Christine has worked with accountancy practice Valentine Ellis & Co (est. 1958) specialising in working for creatives. She became partner 20 years ago and now runs the practice as sole trader. Christine has extensive knowledge on tax law and finance relating to artists, creative individuals and companies. She is Treasurer of The London Group, and acts on behalf of many London Group members, practising artists, Turner prize nominees, RAs and academics. She has several accountancy qualifications, a degree in art history, and an ongoing engagement with the arts, from book launches to Biennales.