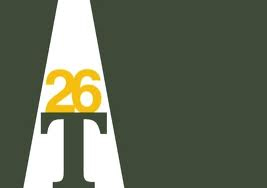 It seems like we’ve had a whole succession of warm-up acts. Tempting snippets of information have landed in your inboxes. But now we really are very close to getting the show up and running.

First to take the mixed-metaphor stage is 26 Treasures in Scotland. Thanks to persistence and oodles of charm from Sara Sheridan and Jamie Jauncey, we have the National Museum of Scotland signed up to do 26 Treasures with us. The exhibition will be in Edinburgh in the late autumn but the next step will be the choosing of 26 objects and pairing them with 26 writers (with preference given to writers with Scottish connections).

Not far behind is the National Library of Wales in Aberystwyth, along with Ty Newydd, the Welsh Writers’ Centre. Sally Baker and John Simmons have been pushing this forward and we expect to be pairing writers and treasures very soon. There’s a wonderful bilingual element to this part of the project, involving the Translation Challenge at the National Eisteddfod.

Almost in parallel we have the Ulster Museum in Belfast, where Gillian Colhoun deserves an award for sticking at it. We’re nearly there. The Northern Irish project will fit the Museum’s People & Place theme, and will involve writers and designers working as pairs. As you can anticipate there is an interesting element of exploring national identities with the coming together of these projects as 26 Treasures.

As if that wasn’t enough we are still hoping to run another variant of the project as part of the London Design Festival. This will follow on from our original starting point with last year’s exhibition at the V&A. It will be different from last year, but the details are not yet fixed – watch for developments.

If you haven’t yet put your name forward as a writer for 26 Treasures in 2011, you might be too late but you can try. Your case might be helped by having a name that carries credibility in Scotland, Wales or Ireland. We look forward to Seamus Heaney’s application.

All of these projects could do with funding, and we’re trying to raise funds through various sources. Big Society, my Ricky Tomlinson. If there’s anyone out there in 26-world who knows a potential sponsor or funder for 26 Treasures, or would like to volunteer help in that area, please get in touch. johnsimmons@blueyonder.co.uk