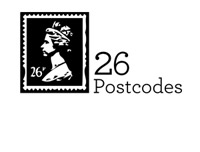 Today we visit TD15 2SH, the postcode of Holy Island, Northumberland. The Lindisfarne Gospels, an illustrated Latin copy of the gospels of Matthew, Mark, Luke and John, was produced here around the year 700.

The manuscript was used for ceremonial purposes and to celebrate Christianity at key points in the year, including advent which starts four Sundays before Christmas. This year, that’s November 29.

We asked 26 member Mandy Lee to pay the postcode a visit – real or imaginary – and return to write a sestude, that’s 62 words exactly of poetry or prose.

Holy Island. Source of the The Lindisfarne Gospels.

I am the safe, healing place –
once protector
of Eadfrith’s life-blood.
Pricked and bound,
tidal and brooding,
every scratch deep mark
on me is made sacred
and salty by sea.

My gems and pigment
mixed or ground,
are pilgrim-led
over marsh and flats.
Safe to cross,
unsafe to cross –
best get it right
or my watery skirts will have you.

Lindisferina, Medcaut, Insula Sacre, Holy Island – a place with many names that all conjure up images of mysticism and systems of belief. The island source of The Lindisfarne Gospels has always held a bit of magic for me so I couldn’t have wished for a more inspiring destination.

I began by researching the Isle’s history and its richly illustrated writings. My first focus was the author of the Gospels; they are most commonly attributed to Eadfrith, Bishop of Lindisfarne. But pretty quickly I realised it was the island itself that held my fascination. Through the centuries it’s been a sanctuary, workplace, inspirational home, battleground and religious retreat, but due to its location, always and ultimately governed by the sea. The fact it cuts off the rest of the world when the tide comes in makes it all the more elusive and magical.

It’s impossible to separate the sacred words of the Gospels from Holy Island, because they are so much more than just a religious document of man. Every single word and page-mark that survives seems to shout that they’re a testament to the island itself and the protective waters that surround it.