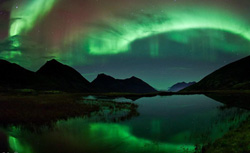 Come and join us on a creative journey inspired by the music of Nick Drake, for the next 26 project.

If you were at Wordstock in 2014, you’ll have enjoyed Michael Burdett’s presentation based on a lost recording by Nick Drake. That presentation lead to a serendipitous twitter connection between two 26 writers, Sandy and Michelle, and the idea for 26 Under a Northern Sky began to form.

Sandy lives in Glasgow. Michelle’s based in Newcastle upon Tyne. Between these northern cities, there’s a railway route that stops at 26 stations. We’d like to invite you to use that journey and Nick Drake’s music to inspire your own creativity.

We’ll randomly match each of our 26 writers with the name of a station on the route and the title of a Nick Drake song and ask you each to write a story, poem, sestude (62 words – 26 in reflection), song or other creative piece in response. The only constraint is that you should be able to read it, without rushing, in under 3 minutes and 44 seconds – the duration of Nick Drake’s ‘Northern Sky’, which gives this project its title.

Then, one day, sometime in spring 2015, we’d like as many of you as possible to join us to make the actual journey from Newcastle to Glasgow and hear your pieces as we stop at each of the 26 stations.

If you’d like to get involved, email your details to lizardvanilla@gmail.com, by 31 January 2015 and please tell us where you’re based. We’re giving priority to northern 26 members, but anyone can apply. And if you’re interested in being one of our editors, please let us know that too.