Numbers, netsukes, running and the death of words

After all the excitement of 26 Miles, I thought it was about time I got off my backside and hit the pavements. So I’m running the St Albans Half Marathon next month. I’ll be raising money for Centrepoint – a charity that helps homeless young people get their futures back on track. If you could spare a pound or two to sponsor me, I’d be really grateful.

And Now for the Numbers

I wrote this piece for the Huffington Post about what writers get paid.

I was a member of 26 before moving to NYC. I don’t normally share stories, but this one is about dying languages, keeping them alive and being the last speaker. Since 26 members like words so much, I thought the community might appreciate an article I wrote called Death of Words — Death of Worlds. I spent four months with the native Aramaic speakers of NYC. And it turns out language-death is a big problem. Apparently 90% of the world’s languages could be gone in 90 years. If it’s something up your street, a bit of tweeting would go a long way. My article is also part of a Louis C.K. pay-what-you-like experiment I’m doing with a few other journalists. So spreading the word far and wide is key. 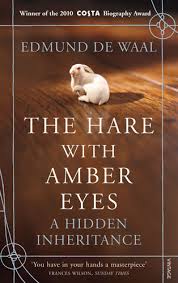 British author and potter Edmond de Waal gave his final talk about his award-winning novel The Hare with Amber Eyes at my daughter’s school in Hammersmith earlier this month. The book was first published in 2010 and has since been translated into 23 languages. It traces the colourful rise and fall of De Waal’s Jewish forbears, from the 1870’s in Odessa, through to Paris, Vienna, Tokyo and then London.
A Dulwich neighbour of De Waal’s who also happened to be a teacher at my daughter’s school made the talk possible. Three years of neighbourly persistence and De Waal finally cried uncle. De Waal passed around a netsuke in the shape of a rat, while he shared his story about inheritance, family, toxic anti-Semitism, and restitution. The rat netsuke is part of a collection of 264 Japanese and wood ivory carvings, all different, all tantalising. They have been in De Waal’s family for over a century. He inherited them about twenty years ago and used the well-travelled, cherished netsuke as a vehicle for his family memoir.

‘I knew that if I was to tell my story I would have to do it without nostalgia and that I had to be exact…The journey of finding out who had handled these objects over the last 150 years is, of course, impossible.’ De Waal had given himself nine months to write the book, an unrealistically short timetable given that he knew very little about his ancestors. In the end, the book took him years to complete. ‘I thought I’d abandon the book. But I didn’t. I published it, and it did well.’ 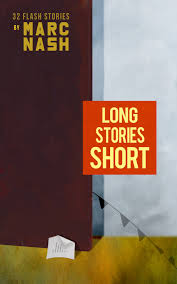 I have a new collection of flash fiction coming out on Kindle titled Long Stories Short. I also have an hour long video of me reading and talking about flash on YouTube. I’ve also made a YouTube kinetic typography video of one of my flash fiction stories where both the text and the typography are equal creative partners.