The president is dead 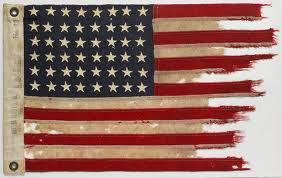 Next month, November 22, it’s the 50th anniversary of JFK’s assassination. So Elena Bowes interviewed 26’s resident expert, Elise Valmorbida. Her novel The TV President re-enacts the 1963 Dallas motorcade for a reality TV show. This original, fast-paced, twisting ride of a story gives readers all the facts and a lot of fun, dark fiction. The TV President doesn’t spoon-feed history, it delivers it sideways, ideal for lateral-thinking 26ers.

The inspiration for the novel came to the Italian-Australian writer in a dream, not a Martin Luther King kind of dream, but a JFK one. Valmorbida jotted down her imaginings in a notebook and didn’t think about it until years later. When re-reading her notes, Valmorbida realized she had the seed for a novel. The TV President involves the nation’s top two JFK-lookalikes pitted against each other on national TV. Viewers, gamers and voters cast their ballot for one president or, rather, one soon-to-be assassinated president. Early on in the novel, one of the lookalikes is murdered and another seriously injured. The distraught widow drives to Detroit to get a confession. All with the world watching, glued to their sets.

JFK mesmerized the nation with his handsome, telegenic looks and confident, sincere gaze. He was camera savvy, grasping his father’s advice, “It’s not what you are that counts, but what people think you are.” The TV President takes JFK’s legacy, the importance of image versus reality, public life versus private life, celebrity versus surveillance, and delves deep. This multi-layered, complex, humorous story shows the lengths that people will go to chase fame and notoriety to avoid looking within, and then to escape the gaze of big brother society.

In researching her book, Valmorbida drove with a friend, all the way from Dallas to Detroit, witnessing the unglamorous side of America that rarely makes it onto the screen but exists nonetheless. “There’s a lot of America that is anonymous, grim and poor,” Valmorbida says. “I wanted to write about that non-celebrity side. As Jackie says, places not famous for a food, or anything. Unlike the characters in my novel, we did not wear burquas.”

The TV President is packed with facts and codes that conspiracy theorists will appreciate, but novices like me will get carried away by the story, such as when lookalike Marilyn seduces the pretend JFK under a piano on live TV. Jackie, the real-life wife, watches in horror from her sofa in Fresno, while her reaction is being televised live to air. Poor thing has to keep paying for TV upgrades to see the exciting piano episode reach its climax.

Valmorbida is available for questions from all 26ers who think they know who killed JFK, both the real one and the dashing lookalikes, and Marilyn too.

The TV President is available direct from independent publishers CB Editions or from Amazon.

I’ve joined UP There, Everywhere, the world’s first cloud-based design and branding agency. You hear people talking about the possibilities of cloud-based working all the time, but UP are actually making it happen – in fact over the last three years they’ve gone from strength to strength. I’m somewhat excited.