You may recall from the piece we published in January, that this is an ambitious project bringing together 100 writers to help us create a new form called the centena. Working in conjunction with the First World War Centenary Partnership (FWWCP), led by Imperial War Museums (IWM), each Armistice centena will focus on an individual who was alive between 28 July 1914 (when Austria-Hungary declared war on Serbia) and 11 November 1918 (Armistice Day). The intention is to reflect the myriad ways in which the ‘war to end all wars’ affected their lives.

The project team had no idea what to expect in calling on so many writers to work on a project of this scale. But, as always, 26 members rose to the challenge and we were delighted to watch as all 100 places were filled in less than 48 hours.

Since then, our writers have thrown themselves into the challenge and through the 11 project editors we have already heard many incredible stories – many of them very personal. As well as the centena, each participant will write a short creation story documenting their research. To give you a flavour of this, project team member Ed Prichard agreed to share a sneak peek into some of his own work, which focuses on his great-grandmother Catherine. You will find this snippet at the end of this post.

Two other exciting activities are also happening as part of the project. First, we are currently matching each writer with an IWM Centenary partner – another museum, archive or cultural organisation – that is in some way linked to their subject, or the world in which they were living during the First World War.

The second is that we have applied for a grant from the Heritage Lottery Fund which, if successful, we plan to use to create a book of centenas. This is something 26 has done on past projects but never to this scale – with 100 writers rather than our usual 26. We think this would be a wonderful way to commemorate all of the hard work currently underway.

We’ll be bringing you more updates as the project develops further so stay tuned and, in the meantime, enjoy the following snippet from Ed’s work. 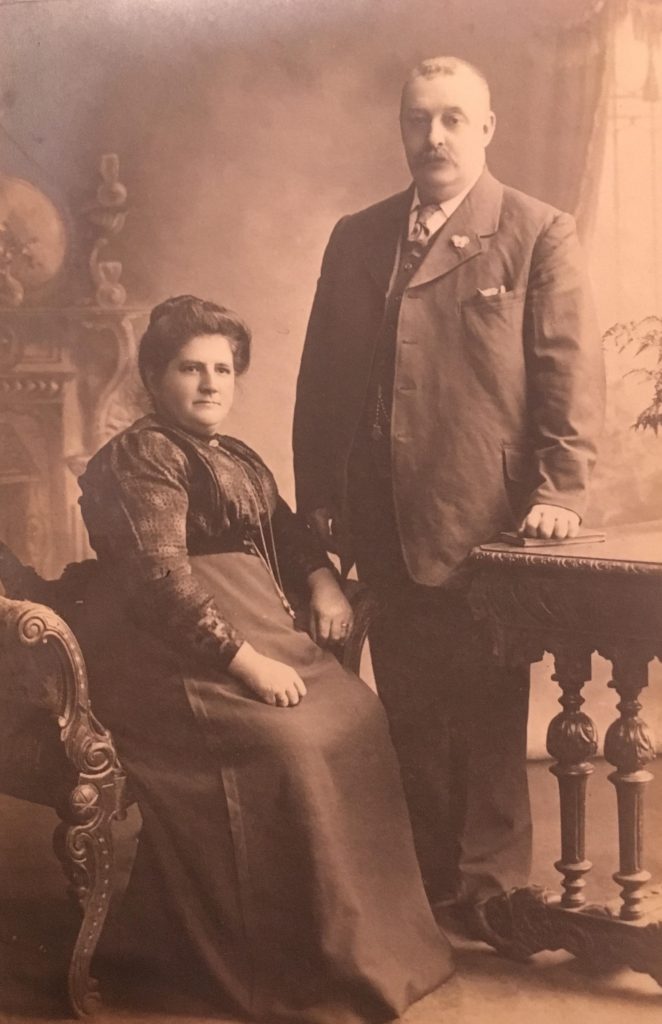 In search of a voice from the past – Ed Prichard

I’d never heard of Abertridwr until a few months ago when I started investigating my family history. It’s a little town in the valleys near Pontypridd, where my grandmother was born. It featured in my Mum’s upbringing – she was evacuated there from Kent with her brother for a brief and unhappy period during WW2. It’s also where my great-grandparents lived for many years at number 93 High Street.

When I was invited to be part of the 26 Armistice Project, I decided to focus on someone on the home front. As a result, Abertridwr has been centre stage in my head as I’ve tried to piece together the family history.

A few weeks before she died in 2014, my mum started to tell me about her mother’s family, things that I’d not heard before or had heard when I was younger and hadn’t paid much attention to. I made notes, knowing I wasn’t likely to hear this again. It was all a bit fragmented – she was in the mid-stages of Alzheimer’s but there was a thread that caught.

Over the years, there was one story my mum told and retold about my great-grandmother Catherine. She suffered from dementia or Alzheimer’s when she was older. One day, the old lady disappeared from number 2 Summerfold Villas (not half as grand as it sounds) and was eventually found halfway up the Minster Road with the family dog in tow and a whole ham on the bone wrapped in a tea towel under her arm. Apparently, she had to get somewhere in a hurry and took some persuading to return home.

I’ve no idea where she was going but it gave me a way in to write about her and the effect of the First World War on her and her family. How might it all seem to her at the distance of 30 years through the haze of Alzheimer’s?

I’m playing with an off-kilter stream-of-consciousness, recalling events from 30 years before mixed up with the reality in front of her. The dog and the ham are in there, along with a non-existent train. All this packed into a centena. I’m excited to see where it takes me and Catherine.