Need some tips on how to relax and enjoy this sultry season? Look no further. Read about the powers of jazz by renowned novelist Langston Hughes. Watch Jaws from a dinghy in a Lido. See Hemingway in a new light. Watch the RSC’s As You Like It smeared with mud, sound by Laura Marling, Glastonbury-style. Gaze at a film under the stars. Or simply gaze at stars in a film, namely the talented and believable Julie Delpy and Ethan Hawke. 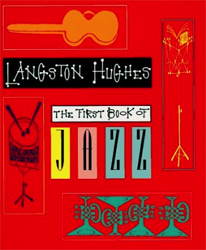 The First Book of Jazz by Langston Hughes.

Few people know that in 1954, the playwright, novelist and social activist Langston Hughes wrote a children’s book. Of sorts. He wanted to teach young children about the music he loved, and through it, discuss the empowerment of black identity through jazz music. It is gloriously illustrated to boot. I hear the boogie woogie and the ragtime just by reading it!

This is an amazing outdoor space to watch this cult film. I will be going to the screening of Jaws at Brockwell Lido on July 24th seated in an inflatable dinghy in the pool! Can’t recommend this however as it is sold out! 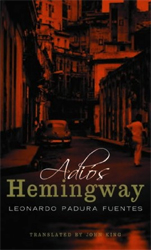 In Oslo – where else? – I tracked down ‘Adios Hemingway‘ by the great Cuban crime writer Leonardo Padura. A detective story but arguably truer and sharper about Hemingway than decades of biographies. It’s short, so follow it up with a biography that is original and refreshing: Hemingway’s Boat by Paul Hendrickson.

If the weather holds, I want to see films al fresco at Somerset House’s outdoor pop-up cinema and other venues throughout London (see Rooftop Film Club). And if it doesn’t hold my indoor viewing list includes House of Cards with Kevin Spacey and Robin Wright and The Sopranos with the late James Gandolfini. I also want to watch the film Intouchables again. It was the surprise 2011 hit about the touching relationship between an older Parisian man who becomes a quadriplegic and his unlikely caretaker. 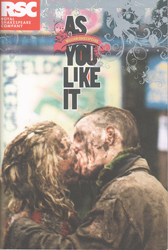 As You Like It at the RSC is extraordinary, joyful and riotous with music composed by Laura Marling.