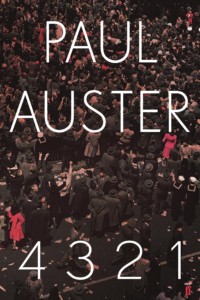 Yes, it’s weighing in at a mammoth 866 pages, but they fly by. Fantastic idea – one boy’s life spins out in four slightly different directions, giving us four alternative lives and interlinked narratives. Way more than a postmodern folly, it’s a proper masterpiece. 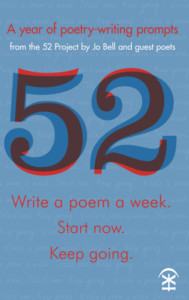 Write a poem a week

I’m reading, and following, Jo Bell’s book 52: write a poem a week, start now, keep going. The weekly chapters provide themes, thought-starters and examples from the last seven centuries. I’ve made poems from the first two chapters. With future competitions in mind, I’m careful what I tweet about them! 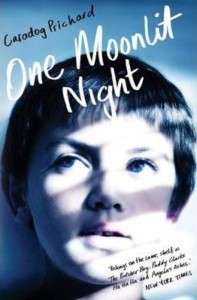 One Moonlit Night and Teenage Fanclub

This month I read One Moonlit Night by Caradog Prichard – picked up when browsing Mr B’s Emporium in Bath. Attracted by the shared surname, I discovered a brilliantly written story that has all the lyrical hallmarks of the original Welsh taken into the translation. What begins on a slightly surreal note is comic, dark and disturbing in equal parts. The stream of consciousness first person narrative moves it along at speed and having read it once, quite fast, I’ll be going back for another more considered read. The characters are vividly drawn and as the translator points out, it has one of the longest and best names of any character in fiction, Welsh or otherwise – Emyr, Little Owen the Coal’s Big Brother.

As for music, I’ve been revisiting Teenage Fanclub’s back catalogue and fallen in love with their Big Star influenced music all over again. Dubbed the Buckfast Beatles, they juggle the egos of three songwriters with aplomb, which keeps the flow of songs stylistically fresh. Today’s favourites include Sparky’s Dream, Going Places and Mount Everest from Grand Prix and Songs from Northern Britain. 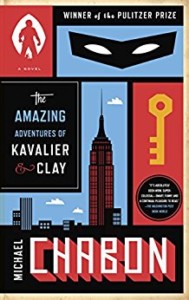 Looking for an audiobook?

The Amazing Adventures of Kavalier & Clay (unabridged) by Michael Chabon and read by David Colacci. It’s 1939, in New York City. Joe Kavalier, a young artist who has also been trained in the art of Houdiniesque escape, has just pulled off his greatest feat: smuggling himself out of Hitler’s Prague….

The Girl from the North Country – Old Vic

Go, if only to hear Shirley Henderson sing. And, wow, can that woman sing! There’s a band on stage that would do Dylan proud and the whole cast sing new harmonies for songs you know so well (and some you don’t). It’s like an old, dusty room that’s been spring-cleaned. Magnificent.

Ever wondered why some Mexicans voted for Trump? This book contains the answer (spoiler alert – it’s because he represents a strict father figure to them, and that’s part of their cultural identity). It unpicks precisely how we are led to think in certain ways by politicians who ‘frame’ their arguments to align with people’s values. On describing this to a friend, she said that in German, they use the same word for ‘debt’ and ‘guilt’. Guess what their attitude is to lending or borrowing! 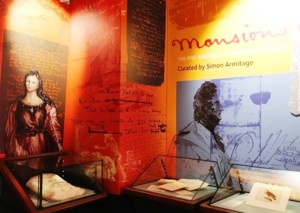 They’ve recreated his room in all its chaotic mess and Simon Armitage has written poems based on ten objects owned by Branwell. But just reading Armitage on Branwell is an eye-opener (“He’s the kind of person who, today, would have a picture of Morrissey on his wall, stolen from Emily’s room”). He makes him human. The word ‘disappointment’ hangs in the air. With the trio of sisters he had to compete with, someone was bound to lose out. 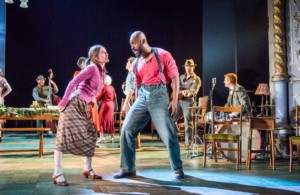 More love for The Girl from the North Country

This is just magnificent. Drop everything else, just make sure you see this. One of the most amazing, uplifting, emotional nights ever at the theatre. The writing is brilliant (Conor McPherson wrote ‘The Weir’) and if you ever had a doubt that Dylan deserved the Nobel Prize this will banish them. Outstanding ensemble performance, Shirley Henderson absolutely riveting. Don’t miss it. 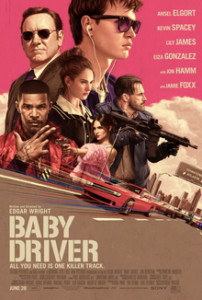 The Opera Show. An NTS radio show by Hannah Catherine Jones explores the best in opera old and new, as well as unearthing the operatic in other genres including jazz and soul.

Men don’t cry. This short film from the Dazed and Confused Doc X series asks why are men still not allowed to talk about their feelings?

Baby Driver is a fun watch. The soundtrack makes it.

Jez Butterworth’s The Ferryman directed by Sam Mendes at the Gielgud transferred from the Royal Court. Almeida’s Ink with Bertie Covell as Rupert Murdoch. And I can’t wait to see Rhys Ifans as Ebenezer Scrooge in A Christmas Carol at the Old Vic, opening November 29th.

The Positive Birth Book by Milli Hill
If you’re interested in the miracle of pregnancy and birth, and are up for some shocking but empowering information about the impacts of ‘standard’ medical care on health outcomes for mama and baby, read this and influence your experience for the better.