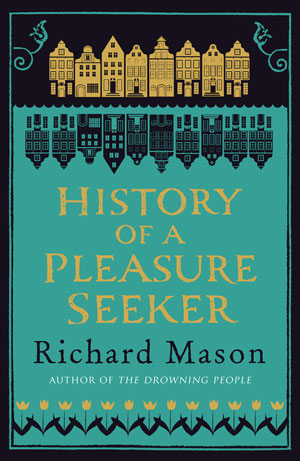 History of a Pleasure Seeker
Richard Mason
Phoenix, £5.36 on Amazon
A Fieldingesqe romp set in belle epoque Amsterdam, Pleasure Seeker is the story of devilishly handsome country boy Piet Barol’s introduction to the mores (sexual and otherwise) of the big, bad city. An incorrigible charmer who manages to turn any situation to his advantage, the libidinous Barol is hired as a tutor to the son of a wealthy hotelier, and quickly sets pulses racing upstairs and downstairs. South African novelist Richard Mason writes with a deftness of touch and fine eye for historical detail. One online reviewer described HoaPS as “smutty and pretentious”, which is probably why I enjoyed it so much. The cover is excellent too. A sequel is apparently already in the works, and if it isn’t made into a movie soon, I’m a Dutchman. Jim Davies

HHhH
Laurent Binet
Harvill Secker, £11.22 on Amazon
It may be because I’m too influenced by the fact that this novel is soaked in totalitarianism, but if I had my way, I’d make the reading of this book mandatory for 26 members. It’s about lots of things – the life of one of the main Nazi protagonists, Reinhard Heydrich; a hymn of love to the city of Prague and an account of two resistance fighters involved in an assassination attempt on Heydrich. But what makes it essential (compulsory) reading is that it’s also intercut with the author’s own observations on the act of writing the book, which means that it’s also a fascinating essay on sources, editing, and the blurred boundaries between story, fiction and non-fiction. In an attempt to lay bare the scaffolding of his principles, Binet raises necessary questions about the reliability of narrative, at the same time as writing with a kind of unsparing compassion about the biggest historical scar of the last century. If that all sounds a bit worthy, the book also thunders along like a thriller and reaches a scintillating conclusion. As good a book as I’ve read in 20 years. Martin Lee

You may be familiar with the ‘Owl and the Pussycat’, but did you know that Edward Lear was also a prolific watercolour artist? Hop along to this tiny exhibition at the Royal Society and you can see his gorgeous pictures of turtles, an owl and a red lemur. Captivating. Until 26 October. Fiona Thompson 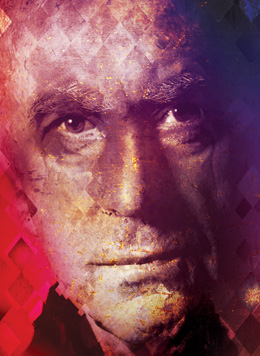 King Lear doesn’t end well, I’m afraid. And it’s not a play to watch if you’re feeling blue… It’s horrible. It’s beautiful. This is my third King Lear and Jonathan Pryce brings something new to the role. He’s more sexually charged, at one point kissing one of his ‘pelican daughters’ on the mouth for too long. The production is directed by Michael Attenborough in a spare set. Highly recommended. Elen Lewis

Kate Tempest is a spoken word poet. I first saw her last year with Polar Bear, who featured in a 26 event a while back. She’s written an hour-long piece called The Brand New Ancients. It’s epic. I queued for returns at Battersea Arts Centre and it was worth every minute. It’s the best thing I’ve seen since Gatz, the eight-hour production of The Great Gatsby. She is pure, raw talent. If Shakespeare was alive today, he would be writing and performing like Kate. She spins stories of beauty and heroism from an urban world where sad wives drink vodka out of tea cups in front of daytime TV, and real love blooms in the sawdust floor of the local pub. This run of the Brand New Ancients has finished. But keep looking out for her. Elen Lewis