Here’s a slightly odd one, but something I find very useful when I’ve had a hard week, or I’ve got bogged down in the usual. Go shut yourself in a flotation tank in Southwark. You can spend an hour in complete silence and darkness, floating in water at 37°, with a solution of Epsom salts to hold your body up like the Dead Sea does. (You can have music and light if you prefer. I don’t.) It’s like going on holiday, without the jet lag or missing two weeks’ work, which is good when you’re freelance. I’ve recently upgraded to two-hour sessions, but that’s not for the fainthearted. Float here. Sarah McCartney 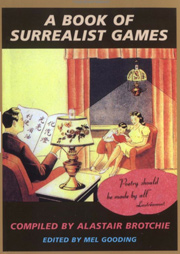 A BOOK OF SURREALIST GAMES
Compiled by Alastair Brotchie
Shambhala Publications Inc, £12.99 list, or £6.74 on Amazon

Being a collection of perverted parlour games designed to subvert the conscious mind and chuck up all manner of weird and wonderful results. Brilliant raw material for any brainstorming/creative session. Anyone for a quick game of ‘Exquisite Corpse’? More here. Roger Horberry 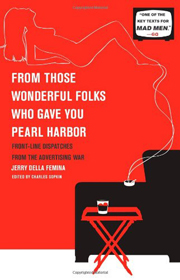 FROM THOSE WONDERFUL FOLKS WHO GAVE YOU PEARL HARBOR: FRONT-LINE DISPATCHES FROM THE ADVERTISING WAR
Jerry Della Femina
Canongate, £8.99 or £6.06 on Amazon

Oh sure you’ll buy it because it’s been heavily trailed as the inspiration behind Mad Men, and packaged to reflect exactly that. And sure you’ll read it, because you want to see whether the glamour and excess and craziness could ever come close to being true.

But its real and lasting value is as a record of how the outsiders succeeded in the ad industry – Jewish, Italian, and now, as it happens, the rest of the world. The creative revolution was also class war under a different guise. The most telling anecdote is not one that involves booze or women or sharp elbows. It’s when Della Femina is in a room listening to Ogilvy saying, ‘The lunatics have taken over the asylum,’ standing and applauding with everyone else then suddenly realising, ‘I am one of those lunatics.’ Rishi Dastidar

Buy on Amazon: From Those Wonderful Folks Who Gave You Pearl Harbor 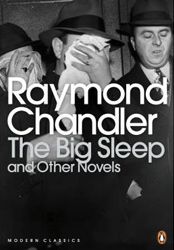 Penguin has brought out a new edition of Raymond Chandler’s Marlowe novels, the original and best hard-boiled crime fiction. I’d never read them. Brilliant stuff. I’m trying to pace myself because I’m relishing every sentence, but I fear it’ll all be over by the end of the month. More here. 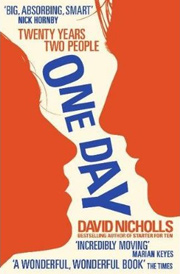 The lovely thing about One Day, is how the lead characters lived on in me for days after I finished the last page. It felt like Em and Dex had become my close friends as I progressed through the book. It’s an unusual story, which finds our heroes on 15 July each year, for the 20 years after they leave university. As each year, and chapter, passes, we’re drawn further into their successes and failures. And Em and Dex become more real with each step. Ben Afia

Buy on Amazon: One Day 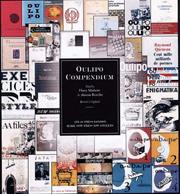 The OULIPO, or Workshop for Potential Literature, were/are a bunch of tricksters working with language. The basic Oulipo method seems to have been to set some apparently impossible restrictions and then see where it led. Main man Georges Perec’s novel that doesn’t include the letter e is a prime example. Strange, inspiring stuff that consistently yields unexpectedly poetic results. More here.

WORDS BY THE MOOR

This gem of a literature festival has been running for over 25 years in the Yorkshire town of Ilkley. In splendid surroundings (with those famous moors and The Dales down the road), it runs from 1 – 17 October 2010 and features celebrated wordsmiths from all walks of life. On stage this year, among many others, are Will Self, Jenny Eclair, Carol Ann Duffy, Simon Armitage, Alistair Campbell, John Simpson and Matthew Parris. Over 200 events, including readings, workshops and the children’s festival, take place in a range of atmospheric venues from the Victorian King’s Hall to the Manor House and, where else but, Betty’s Tearooms. Jayne Workman