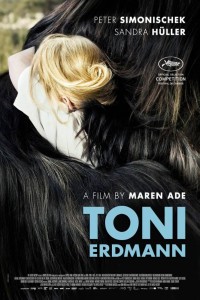 A German comedy. Almost enough recommendation if we’re going to fall for national stereotyping. But actually the comedy isn’t the point of this film, even though it has about three amazing comic set pieces and plenty of wry humour throughout. It’s really a poignant father and daughter film, about family love, exasperation and acceptance, and it’s one of those quiet European masterpieces which are always rewarding.

I’ve been listening to the Penguin Podcasts – excellent even if you don’t know/don’t care for the author or works.

The Neil Gaiman interview led me to Good Omens written with Terry Pratchett. You can hear them egging each other on, trying to make the other laugh.

Three Worlds: Music from Woolf Works by Max Richter – available on Spotify and all the usual places. 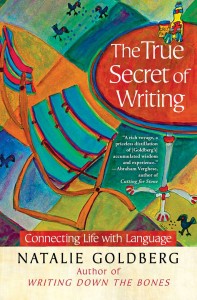 The True Secret of Writing

The True Secret of Writing by Natalie Goldberg. An inspiring book linking meditation and writing as a joint practice for a happy, clear life. Recommended to me by a fellow 26er – need I say more? It’s so good I’m designing a retreat around it! 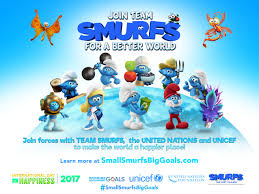 An aid to naming and Smurfs for sustainability

I’ve been working on loads of naming briefs of late. Composition of Scientific Words has come in rather handy. I’d recommend it to anyone lost in a sea of post-it notes and word maps. Or if you just fancy geeking out on the history and elementary structure of English, Greek, and Latin,

Men Don’t Cry. A short film by Mollie Mills asks why are men still not allowed to talk about their feelings? An incredibly important question and an incredibly moving film.

Smurfs for sustainability. Because why not?