Serial – It’s back. This time, the team explore an open military case. It’s the story of Bowe Bergdahl, a US soldier who abandoned his post in Afghanistan in 2009 and was captured and held by the Taliban for nearly five years.

Stewart Lee on not writing – Here’s a fascinating insight into the stand-up comedian’s writing process. 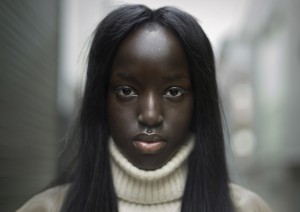 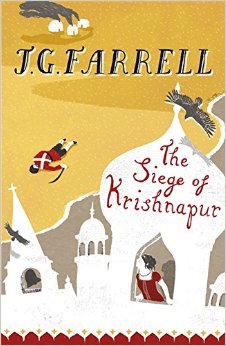 Top on my lost to read is JG Farrell’s The Siege of Krishnapur which although not a subject matter that would typically tempt me (the 19th c. decline of the British Empire in India) two bookworm friends told me it was the best book they’d ever read. It won the Booker Prize for Fiction in 1973 and in 2008 was shortlisted along with five other former winners for The Best of Booker.

To teach a business marketing, store design and retail merchandising unit to City and Guilds animal management students (it makes them think differently – we used to teach them interpretation and graphics) I’m ploughing through the rich visuals of the Visual Merchandising and Retail Design website Retail Design World.

This VM site is full of ‘curating’ and ‘storytelling’ and ‘narrative’ and perfect for online window-shopping without trudging the streets of the cities of the world. Like this. 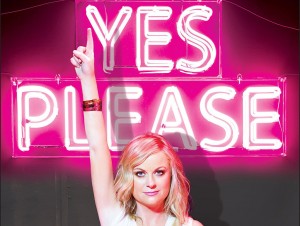 This month I enjoyed Yes Please, a memoir by the hilarious Amy Poehler. It’s full of stories from Poehler’s days in Chicago improv, on Saturday Night Live, working with Tina Fey, and producing Parks and Recreation, and it’s packed with advice for working as a writer and having a family. I’ll definitely be seeing Poehler and Fey’s new film, Sisters, which is out now.

Miranda July’s The First Bad Man, an incredibly uncomfortable, but brilliant novel following a protagonist who almost appears to have been shunted out of her own life by those around her. Prompted feelings of elation, nausea and terror. 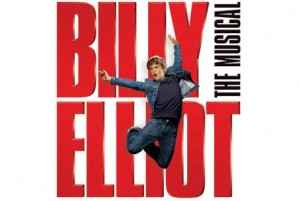 Billy Elliot: Catch him if you can

After 11 years and 4,600 performances, Billy Elliot is off on tour in April 2016, ending his stint at the Victoria Palace Theatre. The talented young actors wow the audience with their moves and energy. This is a must see and dare I say it, better than the film!

I came late to Clive James, put off by memories of his snide TV show persona. I’d heard his memoirs were good but had no special interest in the period. It was clearly my loss. I suspect a few of you, like me, stumbled on his poem Japanese Maple, a poignant adieu to life’s everyday beauty. This led me to his ‘Poetry Notebook’, which gathers up his poetry articles of the period along with freshly written interludes that give a bit of context.

His prose style is terrific. There’s at least one zinger on every page, such that I read with a pen in hand (something I rarely do), making a vertical line in the margin when I find a phrase I like. (On falling out of love with Pound’s Cantos: ‘my hair yielded baldness as my enthusiasms yielded disenchantment’.) Some of my margins are marked up like a tailor’s mannequin. I exaggerate, but only slightly. It’s hard to quote too much here, though, since his intricate line deconstructions and extended metaphors are what most delight.

Almost as a bonus to his own prose, you get his life-learned insights into poetry (‘confidence is the attribute that can’t be taught’). He’s unfashionably big on form and the ability to work with metre (‘the iambic pentameter is always being called tum-ti-tum by people who couldn’t write even the tum-ti-tum version if their lives depended on it’). And while he singles out Larkin as an expert, there are plenty of less familiar names (at least to me) to chew over. (His website features guest poets and some of the poems he writes about.)

He also knows how to share his hot-handed discovery of a precious secondhand volume as a student—an enthusiasm he’s managed to retain. The book is inspiring me to seek out more poets, which was surely his intent. And, while James can still cut with his wit, his generous spirit shines through. You sense that long-dead poets are as alive to him as the small band he admires today. As he says, ‘there is always more room in the pantheon, because the pantheon is not a burial chamber for people who have said things, it is an echo chamber for things that have been said’. His own words are still echoing for me.