From crime fiction at the British Library to hidden gems on the Mad Men DVD box set, via Letters of Note and A Man of Parts, here are a few recommendations for the month ahead.

Murder in the Library

I’m looking forward to Murder in the Library, an exhibition of crime fiction at the British Library that runs until 18 May. There are also three evening talks scheduled between January and March, with contributions from Laura Wilson, Mark Billingham and P D James, among others. Helen Smith 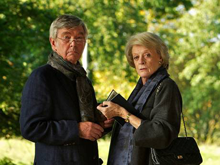 I confess to having some misgivings about Quartet, despite the presence of dependable performers like Maggie Smith and Tom Courtenay. Was this going to all be a bit Marigold Hotel? Retired musicians in an old people’s home? Really? But it’s charming, warm, lovely, and beautifully done. Billy Connolly is a continual scene stealer, and if you surrender yourself to it, you’ll leave the cinema with a warm glow and feeling better about the world. Go on, you know you want to. Martin Lee

The dying art of letter writing is celebrated at www.lettersofnote.com. Nine hundred fascinating letters are in the archive, including a moving love letter from Stieg Larsson to his girlfriend and a warm and open letter Obama recently wrote to the daughter of a gay couple about same-sex marriage. Anna Dewis

A Man of Parts 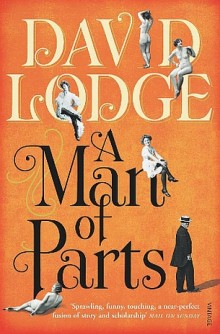 A Man of Parts by David Lodge is a fictionalised biography of H G Wells, and it’s fascinating on his politics, his writing, but mainly his sex life – he had an open marriage and continual affairs with women including writers Rebecca West and Elizabeth von Arnim. After a somewhat slow start (stick with it) it’s a rollicking good read. I’m also planning to go to an exhibition of Ron Kitaj’s paintings, running in parallel at The Jewish Museum, London, and Pallant House, Chichester. Jill Hopper

Here are three things I’ve enjoyed this month. Sharon Olds’ extraordinary, deeply moving, T.S. Eliot Prize-winning book of poems, Stag’s Leap (Jonathan Cape), dealing with the break-up of her 30-year marriage. Storyville: The House I live In (BBC4), a highly disturbing analysis of America’s War on Drugs. America is 5% of the world’s population and yet 25% of the world’s prison population is American. Go figure. And Breaking Bad – the best non-Scandinavian television there is. Gordon Kerr

Some of the special features on the season 5 Mad Men DVD are beautiful and interesting. Hidden gems for superfans. There’s one I enjoyed in particular, called ‘Scoring Mad Men’, all about how the music is composed to the first cut of each episode. I had been vaguely aware of the soundtrack, but hadn’t quite appreciated that the music is part of the storytelling. I do now. Maddie York

I have two recommendations. Prog rock band Caravan, which I saw at the Queen’s Hall in Edinburgh last week, are on tour. Very fringe but great fun, and a blast of the real 1970s. And the Titanic Experience in Belfast: singularly the best exhibition I’ve seen in ages. I cried when the ship went down. Sara Sheridan 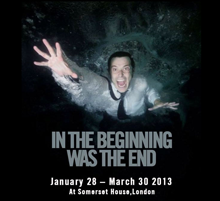 I’m looking forward to going to the site specific production by Dreamspeakthink under the tunnels at Somerset House. And I’ve just discovered the Barclays Front Row scheme through which I managed to get £10 tickets for the long sold out Donmar production of Julius Caesar this week. Sarah Salway